A Winter Haven man is building a 24-foot lawn toilet, neighbors hate it 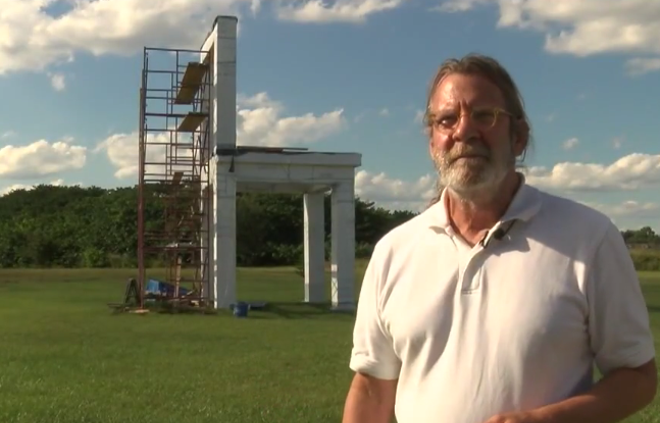 Winter Haven residents are a little upset with neighbor Steven Chayt since he started building a 24-foot tall toilet in his backyard.

"Literally, it's a potty chair. A chair with a hole in the seat," said Chayt to WFTS.

"In 1992, I had an idea for a chair. It was a sculpture that sort of came to me. I put together a model and waited quite a few years until I got a chance to do something more about it," said Chayt to Fox 13.

Apparently, not everyone is excited with Chayt's giant toilet. Chayt's neighbors, who are worried about their property value declining, are currently passing around a petition to urge the artist to relocate or remove the toilet, reports WFTS.

Polk County officials claim that Chayt isn't breaking any laws since he has all the correct permits and his lawn toilet is on private land, reports WFTS. 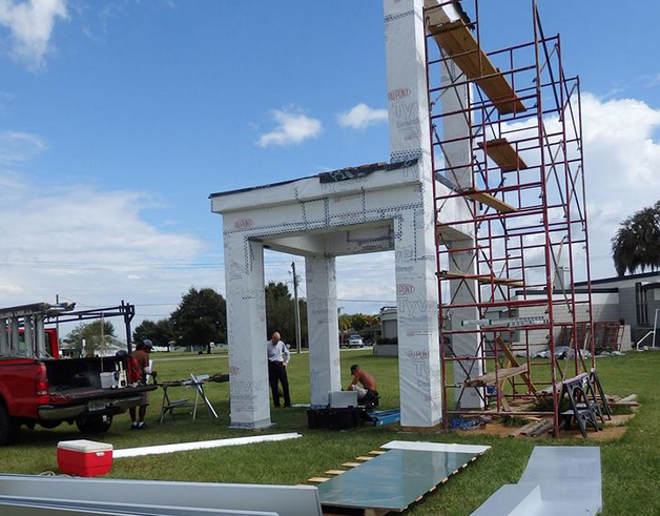