Disney Springs gets its own I-4 exit ramp 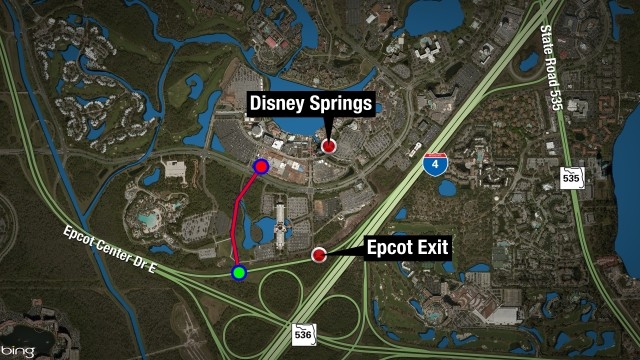 Disney Springs, the part of Walt Disney World formerly known as Downtown Disney, is now important enough to warrant its own exit off I-4. According to Theme Park Insider, there's now an exit off the highway that links you to both Epcot and the suddenly booming Disney Springs commercial district.

For a little while there, Downtown Disney was more like a dying outdoor mall than an adjunct to the Happiest Place on Earth, but ever since the opening of a few key eateries (The Boathouse, Morimoto Asia, Jock Lindsay's Hangar Bar) and its rebranding as Disney Springs, the place is jam-packed, and getting into the new parking structures was ... an ordeal.

The new exit lets you stay off the godforsaken Buena Vista Drive, which was always a parking lot as you neared the Disney Springs area, and right into the parking garages or surface lot. If you've tried to visit Disney Springs recently, you know that's some real Disney magic for you.