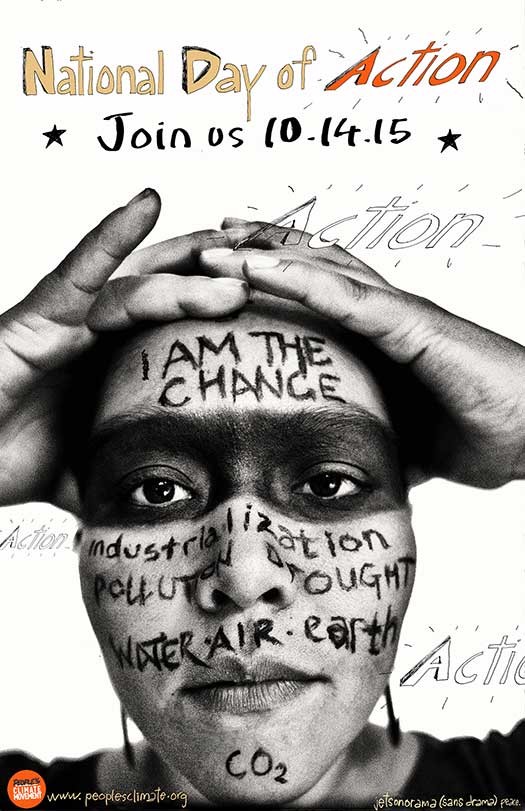 Do you care about climate change (you should)? Then join the Orlando Climate Movement Coalition for a march to demand that elected officials stop denying it exists (looking at you Gov. Rick Scott and Sen. Marco Rubio. You, too, Jeb Bush.).

On Oct. 14 at 5:30 p.m., everybody's invited to join in a march and rally in downtown Orlando that are tied to national People's Climate Movement events happening in cities across the county. The local march starts at Sen. Marco Rubio's downtown Orlando office and ends at Lake Eola. Marchers will present a list of demands, including a proposal to get Florida up to using 50 percent renewable energy by 2030.

"We demand that our Congressmen and women, governor, legislators, mayors and commissioners stop putting Big Oil and Big Gas first and put the needs of Floridians first," said Yulissa Arce, climate change program manager for Florida Institute for Reform and Empowerment at a press conference outside Rubio's office today. "We demand that our public leaders support us in taking action in building a new green economy in Florida that will avert the worst impacts of climate change here. We demand justice for low to moderate income communities of color and the stop environmental racism."

Bring your climate-change related artwork and banners, comfy shoes and water. After the rally is over, head to Side Bar Orlando (118 S. Orange Ave.) for an after party where you can order the climate change specialty drink. The cost is $6, and $2 of the proceeds will be donated to the Orlando Climate Movement Coalition.