The long-awaited NOVA Restaurant in Ivanhoe Village will open next month in the space that once housed Brian's Restaurant and Elliot's Public House.

Mark Stillman, of Atlanta-based 101 Concepts, the restaurant group behind a few well-received restos in the A-T-L including Cibo e Beve, Food 101 and Meehan's Public House, is the brains behind NOVA (short for "North Orange" and "Virginia"). Valintinus Domingo, a managing partner in the venture, will serve as NOVA's executive chef. Domingo was formerly executive chef of Meehan's Public House and, prior to that, was executive chef at Coastal Kitchen and Raw Bar in St. Simons Island, Georgia. 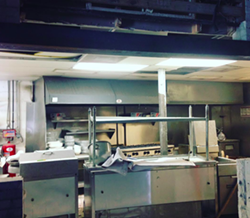 The menu promises "regional American fare" but will incorporate Domingo's Filipino roots along with influences from Charleston, SC, Savannah, GA, and Portland, OR — stops he made during his travels in the military. "The entire menu is about 60 percent seafood — lots of bold flavors, with sauces used as garnishes as opposed to being smothered on the plate." 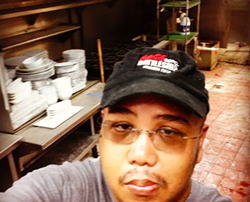 NOVA's target opening is mid-November, but you can follow the restaurant's progress on Facebook or on Instagram, where it's clear that all hands are on deck, pitching in to make this space great.