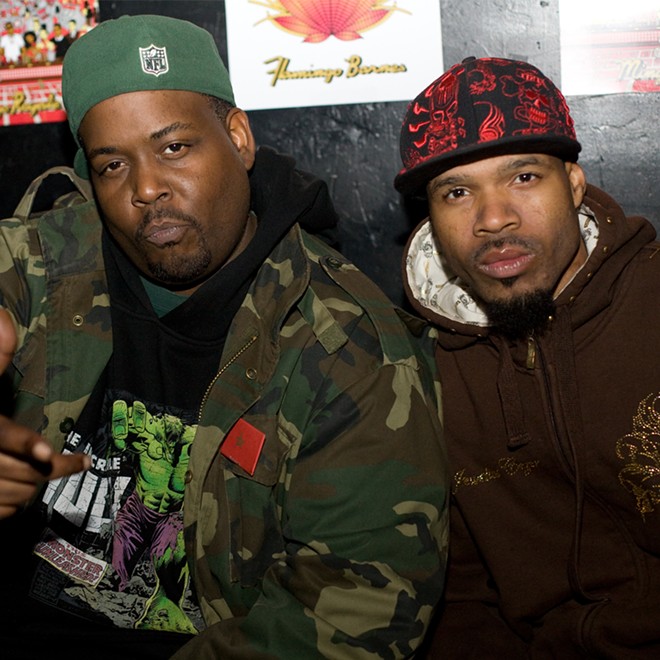 Back in 2001 (when MySpace was still relevant), underground Harlem hip-hop duo Cannibal Ox built a legacy with just one record – The Cold Vein, a close collaboration with producer El-P (Run the Jewels) that vaunted El-P’s then-new label Definitive Jux by gifting it with an instant classic. All three came up together as kids on the New York scene, and the record was the result of two years’ earnest artistry. Then it took more than a decade for the next Cannibal Ox release, the Gotham EP, to drop in 2012 amid rabid fan speculation for years that the duo had broken up (trace the roots in old MySpace beef posts if you can boot up your way-back machine). Now they’re back this year with Blade of the Ronin, a true representation of Cannibal Ox as a duo, released on their relatively new label, IGC Records. With cuts like “Carnivorous” and “Sabertooth,” it’s immediately obvious this is a sharp return for a legit hip-hop force.