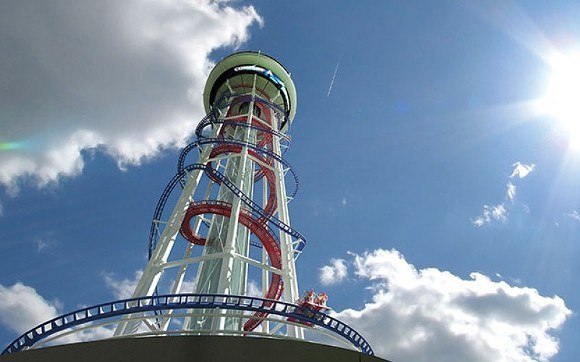 Thursday's decision was only an advisory vote, which doesn't necessarily spell the end for Skyplex. The Orange County commission still has to vote on the project in December. 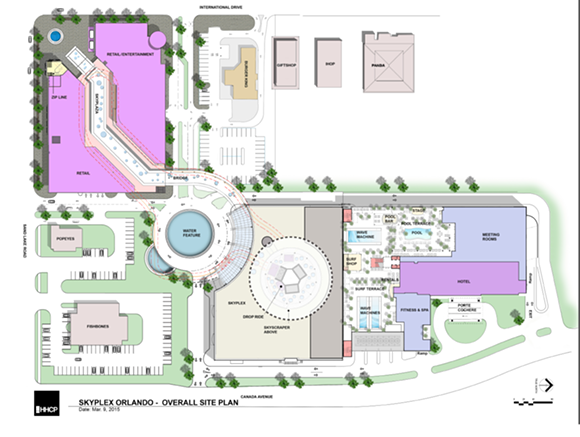 So far, Universal Studios Orlando is saying they support the project, but they also seem to be Skyplex's prime opponent. At Thursday's meeting, Universal representatives said they "don’t think the project is “compatible” with the size and scope of I-Drive, and questioned the lack of a traffic study proving the tourist corridor could handle the new influx of visitors," reports the Orlando Business Journal.

The proposed 570-foot tower would be located about a mile south of Universal Orlando and could easily be seen from within their park.

The last slide from @SKYPLEXOrlando rep saying THIS IS about competition with Universal. pic.twitter.com/nJMgpJDM33

"It's competitive issues," Wallack said to OBJ. "Universal's printing money right now. The people who got up there today sign the back of checks; I sign the front of checks. The people who spoke against my project, they get paid by Comcast — that's their job to come here to delay [my project]. They should be worried about Star Wars world and Disney redoing Hollywood Studios, which is going to kick their butt real good, not something on I-Drive with T-shirt shops and Perkins."