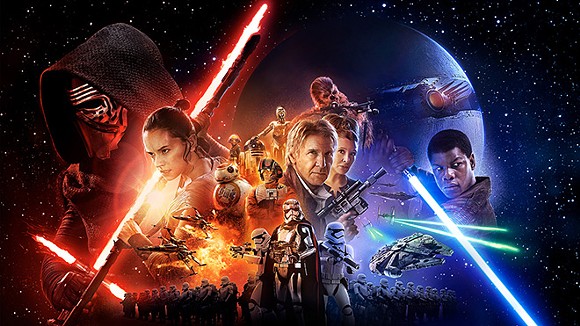 To celebrate the opening of Star Wars: The Force Awakens, Disney Springs is throwing a special party that should satisfy even the most die-hard superfans.

On Thursday, Dec. 17, Floridians will get the chance to screen The Force Awakens one day before the worldwide premiere at Disney Springs' AMC theater. But the fun doesn't stop there.  According to Disney Parks Blog, the event will wrap up with an after-hours DJ dance party at Hollywood Studios until 2 a.m., and fans will have special access to the new Star Wars Launch Bay exhibit as well as the Star Tours — The Adventure Continues attraction.

And, it wouldn't be a Disney/Star Wars event without something blowing up. Disney fireworks will be blasting off with the iconic Star Wars score playing in the background while you're milling around at the after party.

So, how do you get tickets? Well, the new theatrical trailer for The Force Awakens will debut tonight during Monday Night Football, and tickets for the Disney Springs special event will go on sale immediately after the trailer airs at amctheatres.com/starwarswdw.

Tickets range from $94.99 to $99.99 depending on whether you want to watch the film in 2-D, 3-D or 3-D ETX, and moviegoers will be given a special commemorative ticket as an added bonus.