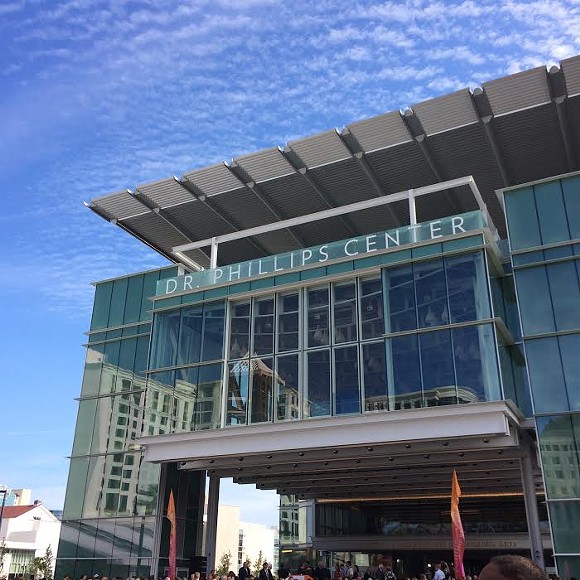 The Dr. Phillips Center for the Performing Arts might have to wait a while longer to begin its estimated $177-million second phase.

At a recent Tourist Development Council meeting, Orlando Mayor Buddy Dyer said he would not entertain the idea of giving more city money for the performing arts center’s next phase, which is about $35 million short, according to the Orlando Sentinel.

“Although I am confident that Mr. Jim Pugh and the [Dr. Phillips Center] board will try their best to raise additional funding from the private sector, it is my hope that the city and county can step up and help bridge the financing gap by partnering on a 50/50 basis and applying a portion of the money previously earmarked for the construction of the soccer stadium,” the memo says. “Completing the second phase of the performing arts center will again elevate our community and complete the shared vision that was approved in 2007."

Heather Fagan, deputy chief of staff for the mayor’s office, says after that memo was sent, Dyer called for a “broader community dialogue” and a meeting with the tourist industry to discuss the issue, but that dialogue hasn’t happened.

“[Mayor Dyer] is open to providing more tourist-tax money” Fagan says. “He’s absolutely committed to seeing the project complete, but the city is not in a position to put more city or CRA dollars into it.”

At the Tourist Development Council meeting, Jacobs brought up the issue again, and Dyer supported the use of additional tourist-tax money, but said there was a “pretty definitive no match” on city funds.

When asked about the situation, DPAC spokesman Scott Bowman sent us a statement:

“Mayor Dyer has always been and continues to be one of the biggest champions of the Dr. Phillips Center and helped take it from a dream many years ago to a reality today. What's important to focus on is that Mayor Dyer pledged support of using additional tourist tax dollars to assist with the completion of Phase 2 during the recent Tourist Development Council meeting. Mayor Jacobs sent a letter in May after the Orlando City Soccer Club decided to privately finance their new stadium, and is looking for a way to bring the $20 million in tourist tax dollars into a public conversation as well. We are very appreciative of the past support and will be extremely grateful for any future support that we receive.”