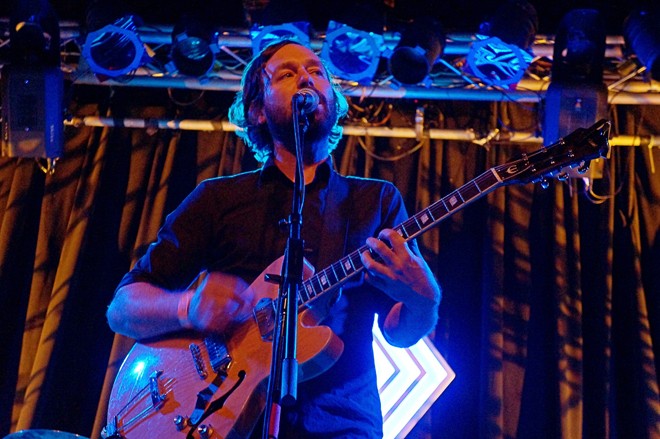 It’s too early to be talking “post-prime” about respected indie-pop balladeer Matt Pond PA (Oct. 19, The Social). But his latest, somewhat curious drift has, at the very least, been a major pivot. And it’s not necessarily a surefooted step.

Pond’s open-hearted melodicism has always had a centrist appeal, but his last two albums (2015’s The State of Gold and 2013’s The Lives Inside the Lines in Your Hand) have taken a palpably commercial turn. Even though I'm personally more oriented to indie sounds, I’m much less hung up on intent than some other likeminded colleagues. If it’s done well, I don’t fuss too much over where it’s coming from or where it’s headed.

This slick direction, however, often robs Pond of the heart that has historically angled his signature tenderness in affecting ways. That’s cause for alarm to longtime fans because heart is what his music’s always been about. In effect, this new leaf has made Pond’s balance precarious. The guy already specializes sentimental pop songs as it is, so buffing down his emotional grain too much just forces him onto generic adult-alternative ground.

The contrast was only more sharply drawn live when the new songs were juxtaposed with more vintage ones. Perhaps that’s why the set list was heavy on the classics, and why Pond introduced the band’s encore by saying, “We’re gonna play an old song, and then another old one.”

Pond still draws his music in lush strokes with a good, robust live band (even if it’s no longer constituted by Orlando players like it was not so long ago). The guy’s a craftsman, and his body of work proves he’s got reliable songwriting aptitude. In what employ he decides to use it, well, that’s what will sum up everything in the end.

New York opener Laura Stevenson, on the other hand, is an artist finally hitting real stride. Though pleasant, her musical footprint has to this point been somewhat indistinct. But she’s got a new album, Cocksure, that’s about to drop on Oct. 30 on Don Giovanni Records that will change that. Like a modern-day Tanya Donelly, Stevenson leaves the whimsical folk and pop detours behind and really digs into a direct indie-rock sound that’s muscular and classic on this ‘90s-channeling record. A mixture of sweetness, crooked charm and sharpening marksmanship, this simultaneously beaming and driving album is easily her most definitive work yet. And those assured songs have already galvanized her live presence in a marked way, leaving a very receptive crowd hollering for more after the band left the stage. 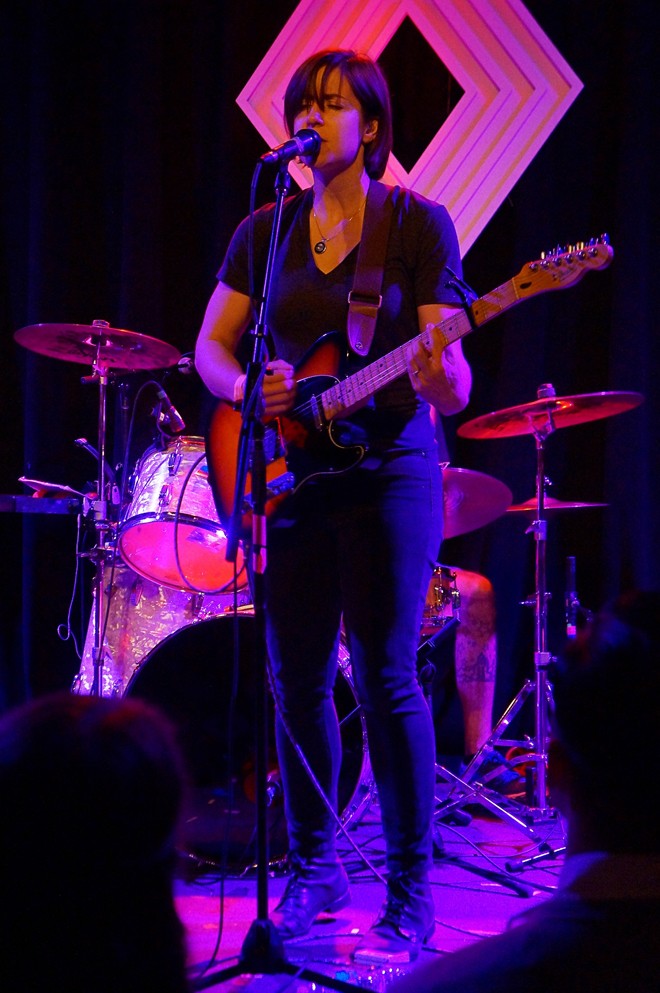