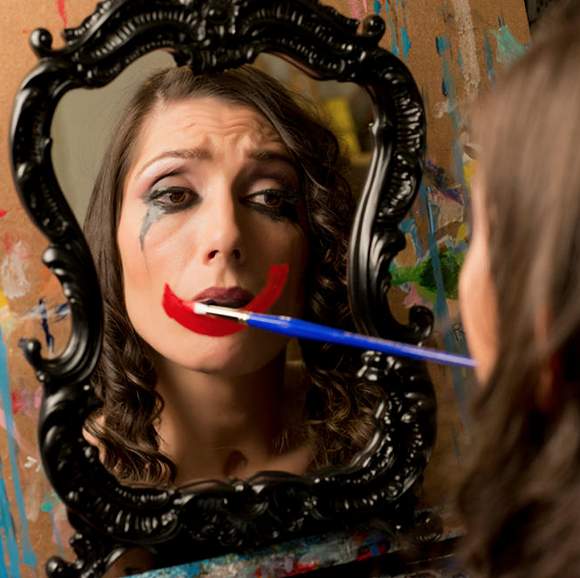 Ladies of a certain age – let's call it the Judy Blume era – probably read (along with Are You There, God? It's Me, Margaret) Joni Eareckson's eponymous memoir of dealing with quadriplegia, particularly if there was any sort of Sunday school influence in their lives (it's so much more godly a story than that damn Margaret and her bust exercises).

So the concept of mouth painting won't be a new one to them, though it may be to their kids: basically, it's a testament to the astounding resilience of humans and the creative drive. Mouth painter Mariam Paré is a Joni Eareckson for a new generation, since we science hasn't solved the problem of quadriplegia yet. (Soon, maybe.)

As a college art student, Paré was caught in the crossfire of a gang shooting while on a visit to Virginia. Shot in the back, Paré was left quadriplegic, unable to walk and with significant loss of the use of her upper extremities. During rehabilitation, she was taught to hold a pencil in her mouth to write her name, and soon after, she began painting with her mouth, using a brush loosely held between her molars. In an interview last year with a Chicago news blog, she said it took about eight years of work before she was able to work at the same level as before the accident.

Nearly 20 years after being shot, Paré is now a working artist, showing in galleries across the country. She's also a speaker and advocate for people with spinal cord injury, and will give a talk and demonstration at Orlando Museum of Art as part of their Oct. 24 Family Day. The event is free to the public.