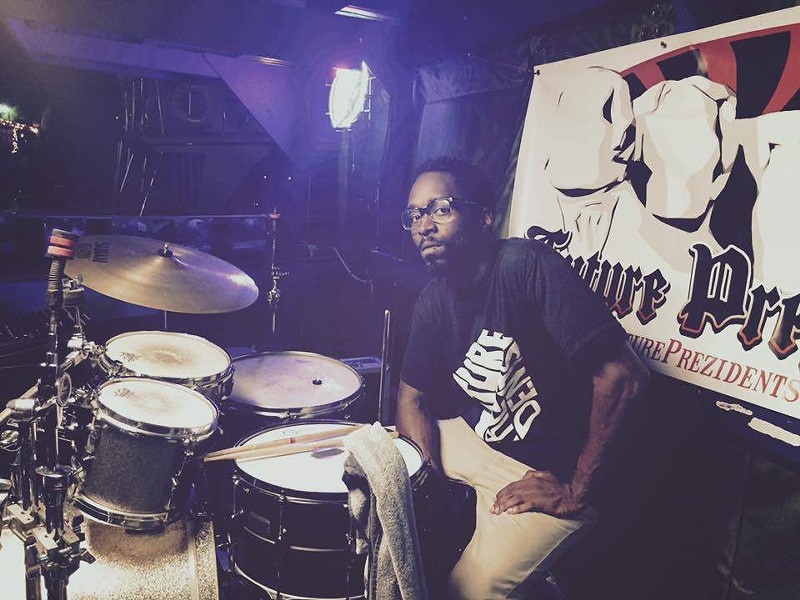 Hundreds of protesters rallied this morning in front of the Palm Beach Gardens Police station asking for justice in the case of Corey Jones, a South Florida drummer who was killed Sunday by an undercover police officer, the Palm Beach Post reports.

Jones, 31, was waiting for a tow truck on the side of a road in Palm Beach County because his car broke down around 3:15 a.m. Officer Nouman K. Raja was driving an unmarked police van and dressed in plain clothes when he pulled over near Jones’ car because he believed it was abandoned, according to a now deleted Facebook post from the department.

Police say Raja exited his car and was confronted by an armed subject, prompting him to fire his weapon. Officials have also released photos of a gun at the scene that Jones had bought three days earlier, The Washington Post reports.

“The vehicle Raja was driving was not outfitted with a dash camera, and officers with the Palm Beach Gardens Police Department do not wear body cameras," according to The Post.

The family's attorney, Benjamin Crump (who also represented Trayvon Martin's family), says the state attorney told him Jones was running away at one point from the scene and did not fire his gun. Raja shot at him six times but three bullets hit Jones. Raja also did not display his badge to Jones.

“Corey went to his grave not knowing he was killed by an officer," Crump says.

Raja, who was placed on administrative leave, was hired by the department six months ago and failed to let them know he had been disciplined at his last police job for not turning in morphine recovered from a suspect or writing a report, according to the New York Times.

The Florida Legislative Black Caucus called for an independent investigation into the case on Wednesday, and although Gov. Rick Scott offered the Florida Department of Law Enforcement's help, that offer was brushed aside by Palm Beach County State Attorney Dave Aronberg, who said his office "intends to conduct an independent and thorough investigation," the Miami Herald says.