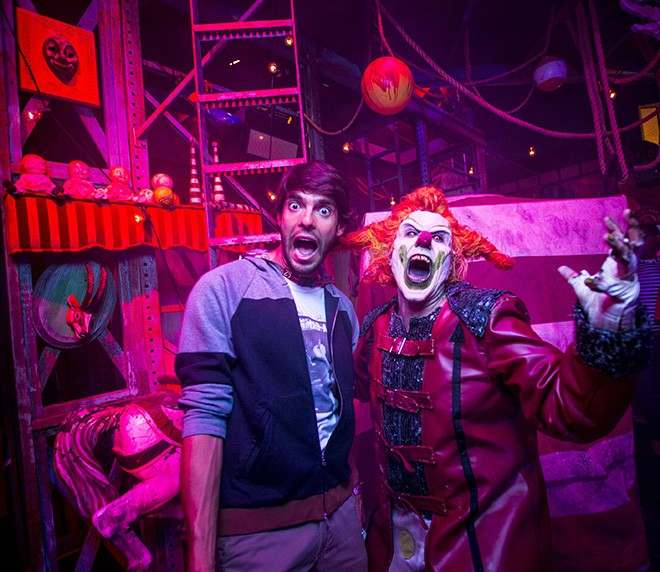 After the two locked arms for a picture, Kaká made his way through HHN 25's haunted houses and scare zones.

This year's Halloween Horror Nights is all about highlighting the most exciting moments in horror history with nine haunted houses, five scare zones and two shows.

Since moving to Orlando in 2014, Kaká has been busy ingratiating himself with the community. He even enrolled at Full Sail to study sports marketing this August.

Kaká was named the 2015 MLS All-Star MVP, and in October was called up to play for the national Brazilian team in the World Cup qualifiers.