Sinkhole takes on car at I-4 and Maitland Boulevard 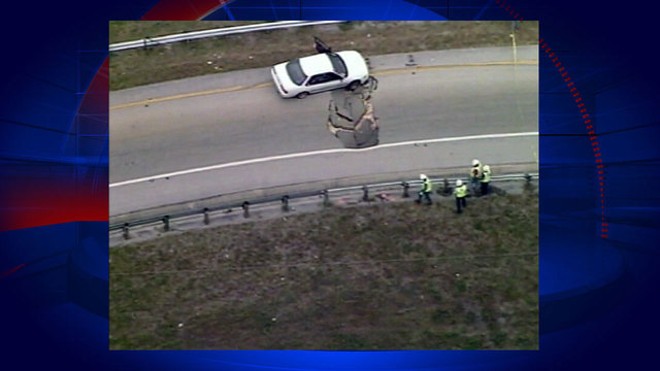 The eastbound Maitland Boulevard exit on I-4 is currently closed after a 15-foot wide sinkhole opened up in the middle of the offramp this afternoon. A car can be seen stuck in the rut caused by the sinkhole in these pictures from Fox 35.

There's no word yet on how long the exit is expected to be closed, nor on what the driver of this car did that made the earth decide to try and swallow him or her up. However, the existence of a large sinkhole underneath that particular interchange is hardly news, as stabilization efforts commenced way back in 2008.

If you're stuck in traffic on I-4 right now, may we suggest flipping through our gallery of historic sinkhole activity in Central Florida? Don't worry: You probably have plenty of time.