A new, younger Gang of Four tries to live up to its own legend (The Social)

This week’s turning out to be a parade of early indie icons with a mighty one-two punch of seminal underground bands Gang of Four last night (Oct. 27, The Social) and the Meat Puppets tonight (Oct. 28, Will’s Pub).

OK, no more Gang of One jokes here. But for real, Gang of Four is a hallowed post-punk name that’s been dealing with a waning identity for quite some time. After many rosters and reunions over the decades, only one original member – guitarist Andy Gill – remains in its fold. 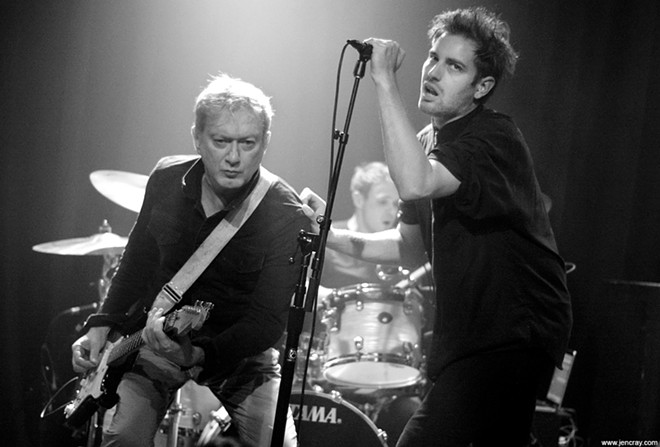 When it comes to history this big, however, a slivered taste is still worth something on paper, and I had never seen them. England’s Gang of Four is one of those highly influential bands whose consequence is bigger than its profile. Although their most definitive period was from the late ‘70s to the early ‘80s, their punk-funk sound, perhaps more than any other single act, provided the blueprint for the jagged disco-punk boom of the early 2000s. The Rapture, Bloc Party, Hot Hot Heat, Franz Ferdinand and all their peers carry Gang of Four’s genome.

On stage, there’s a divide in presence and chemistry between Gill and his young replacements that’s even more significant than the one in their ages. But unfortunately for the old boy, he was the awkward one. Sonically, though, everyone sounded vivid. With a new vigor that’s probably closer to the band’s original raw essence than what a crew of geezers could muster, this current group could probably rival the O.G. squad if nostalgia could be set aside. At the very least, they tapped that primitive urgency well enough to honor the music and conjure the spirit. 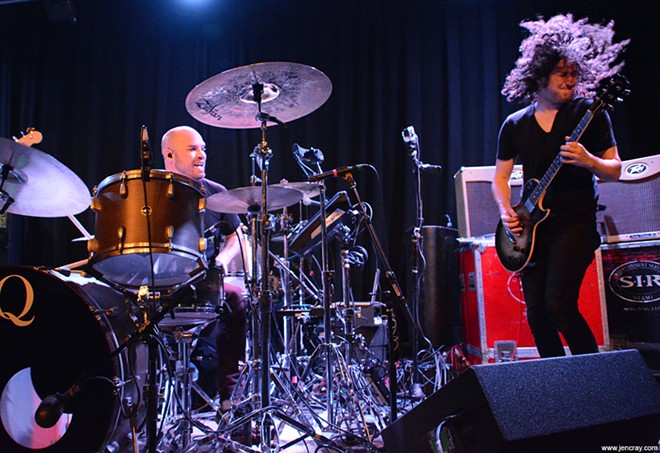 San Diego opener the New Regime is the vehicle for Ilan Rubin, a noted multi-instrumentalist whose credits include being current drummer for Nine Inch Nails. Although played live by a trio, every note of this act’s music is written and played by himself in the studio. While the dramatic, synth-boosted music sounds like middling, post-cool alt-rock on record, it’s much more persuasive in concert where Rubin’s live craft shows very well and produces a tight, brawny sound that would translate in a stadium. 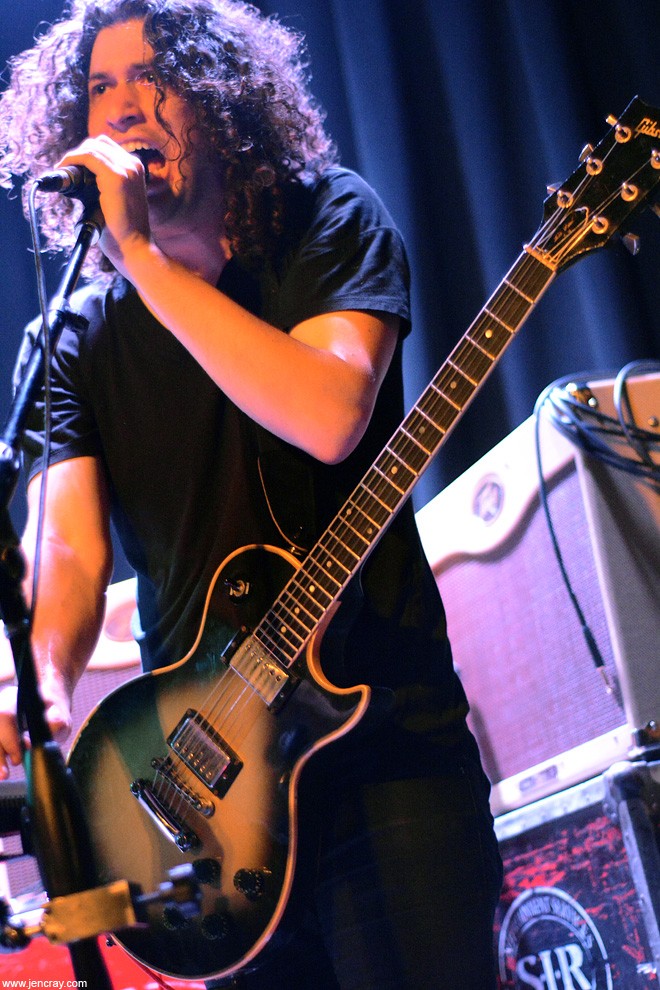