October 28, 2015 at 11:32 AM
comment
From time to time over the past few months, as people grappled with the fact that the agency dedicated to preserving the state's natural resources decided to hold a bear hunt in Florida before it even had a final count on the number of bears actually living here, we've heard it said again and again that the FWC is stacked not with biologists or environmental scientists, but business interests.

We went to the FWC's website to look at the bios of the commissioners serving during this contentious time, and then did a little research of our own. Indeed, there's not a biologist in the bunch. Nor is there an animal-welfare advocate. Nor is there an environmental scientist. Instead, the FWC commissioners are a group of contractors, land owners, developers, GOP donors and lawyers (and one cattle rancher).

That's not to say that they have no interest in the environment, nor does it mean that no business interests should be part of the commission at all. But with an FWC commission stacked so heavily in favor of contractors, lawyers and developers, did the bears ever stand a chance at all?

Chairman Brian Yablonski: Yablonski, the chairman of the FWC, is the external affairs director for Gulf Power Company. He was appointed to the FWC in 2004, he assumed the role of vice chairman in 2007, and in 2015, he was appointed chairman after former chair Richard Corbett, whose term wasn't supposed to end until 2018, abruptly resigned in August. He's an adjunct fellow for the Property and Environment Research Center, which seeks to bring a "free-market environmentalist perspective to wildlife issues." Greenpeace calls it something else: A Koch Industries climate-denial front group. Yablonski was also a policy advisor to former Gov. Jeb Bush, and he even cowrote Bush's 1995 book Profiles in Character, which suggested that public humiliation might be a good tool to keep women from having children out of wedlock. Over the years he's donated to the campaigns of all the usual Republican suspects, including Bush, Gov. Rick Scott and Scott's Let's Get to Work political action committee.

Vice Chair Aliesa "Liesa" Priddy: Priddy, the Immokalee-based cattle rancher who helped write a memo suggesting that Florida stop trying to hard to protect its endangered panthers, was named vice chair of the FWC by her fellow commissioners in 2015. Priddy has lost valuable cattle calves to panthers over the years, by the way, but that doesn't mean she has a conflict of interest when it comes to helping craft the state's panther policy. "I don't see anything in this policy that's going to benefit me personally," she told the Tampa Bay Times in July. "I think it's perfectly logical that I'm the person who's the point person for panthers for the commission, because I'm the one who's living it on a daily basis." Priddy has also been an active donor to Republican politicians, the Republican Party of Florida and Let's Get to Work.

Ron Bergeron: Also known as "Alligator Ron," Bergeron is a contractor and developer. He was the only FWC commissioner to oppose this year's bear hunt when it was approved at the agency's June meeting. His reasoning: "You should have all your science in place before you hold your first hunt in 21 years, especially when you're dealing with an icon animal," he told the Sun Sentinel in September. Bergeron was appointed to the FWC in 2007, then reappointed in 2013. Over the years, contributions from Bergeron appear to have been made to both Republicans and Democrats.

Richard Hanas: Hanas is the senior vice president for corporate administration and government affairs for A. Duda and Sons, a "diversified land company" based in Oviedo. Over the years, he has donated to lots of prominent Republicans, including Gov. Rick Scott, to whom he donated $1,000 in April 2014, a few months before being appointed by the governor to the FWC.

Bo Rivard: Adrien "Bo" Rivard is a Panama City lawyer who's also past president of the Bay County Chamber of Commerce. In 2009, Rivard was part of a group of businessmen who owned a Dunkin' Donuts and threatened to sue the head of the Bay County Health Department for posting messages to a digital billboard that warned people of the dangers of eating junk food – donuts in particular. In 2011, Gov. Rick Scott appointed him to the executive committee of the Republican Party of Florida, then appointed him to the FWC in 2013. Rivard is also a registered lobbyist who has worked for HCA Healthcare, Southwest Airlines and the Bay County Board of Commissioners. Finally, a search for Adrien Rivard in the state's campaign finance database shows thousands of dollars worth of contributions to Republican candidates from Rivard and his law firm. 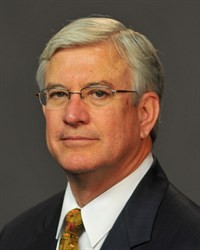 Charles W. Roberts III: When Gov. Rick Scott had the opportunity appoint a new commissioner to the FWC in the fall of 2011, he had 20 applicants, according to the Tampa Bay Times. Two had previous experience with the FWC. One was a former Humane Society investigator. Another was a vice president of the Florida Wildlife Federation. But Scott chose to appoint Charles W. Roberts III, a contractor from the Panhandle whose company has a history of environmental-regulations violations. Not surprisingly, Roberts is a big Republican donor. In 2014, he donated $3,000 to Gov. Rick Scott, and in 2013, he donated $10,000 to Scott's Let's Get to Work PAC. 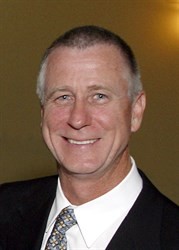 Robert A. Spotfswood: Spottswood was appointed to the FWC by Gov. Rick Scott after former chairman Richard Corbett quit. Spottswood, who was also appointed by Scott to serve on the Commission on Healthcare and Hospital Funding, is a Key West developer who has donated $10,000 to Let's Get to Work in 2013 and $3,000 to Gov. Rick Scott in 2014.