October 29, 2015 at 11:27 AM
comment
This Halloween season, it'll be easy to fall back on the Hellraiser series, Let the Right One In or recent classics like The Babadook to scratch your horror itch, but let's go deeper. There are some wicked little indie flicks that are more than worth your time — and if you're not face-deep in your local bustling horror community, they may have fallen under your radar. There are plenty of options out there, but here are our top five picks for the 2015 season:

Creep
Without spoiling too much, a young man is hired by a stranger with cancer to document a video for his soon-to-be-born son. He wants to leave a legacy. Unfortunately (and of course), things spiral into the twisted. You can cut the tension with a knife and The League's Mark Duplass is the stuff of nightmares. It's a slow burner, but you won't notice. It sticks with you.

Starry Eyes
Directors Kevin Kolsch and Dennis Widmyer have crafted a story of a young starlet who just can't seem to find her big break. Soon enough, she's offered an opportunity that just might mean the downfall of everything she's known. The acting is on-point and Alex Essoe delivers the suffering of a girl just trying to make her way in an unfair world. This one gets downright frightening as it explores the human element, and just how far somebody will go to achieve a dream.

The Taking of Deborah Logan
I can't say enough about Jill Larson and her haunting portrayal of Deborah Logan, a woman being filmed for an Alzheimer's documentary. But as our ignorant filmmakers soon find out, things aren't always as they seem. Director Adam Robitel wants us to feel the pain this woman is going through, and equally fear her as things take a turn for the supernatural. Figuring out just what is taking Deborah is half the fun of the experiment, the other half being the delicate ramp up to an unforgettable climax.

The Houses October Built
Everybody has that friend: The guy who lives for haunted attractions year after year, seeking out each new thrill as the Halloween approaches. Now imagine a motor home full of those weirdos as they traverse the United States to find the thrill of a lifetime. But what if those thrills aren't what they seem? What if the people running some of these haunted attractions aren't mentally stable? This movie is the closest you'll get to an at-home Halloween Horror Nights walkthrough, and it's terrifying. Don't miss it. 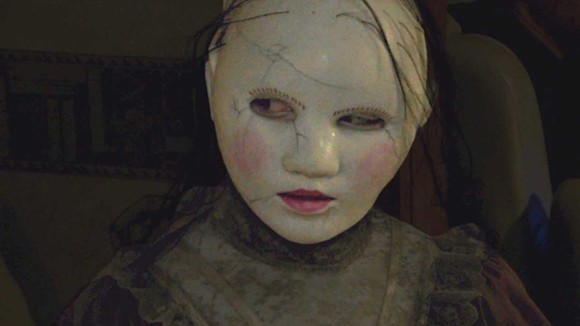 The Canal
A supernatural thriller about a film archivist who suspects that his wife is having an affair. After he finds out that his suspicions may be true, she goes missing shortly afterwards. What we have in The Canal is the documentation of a man becoming unhinged and losing his grip with sanity. It's about the universe torturing us for missed connections and living in denial. The haunts in this one are spectacular and well worth your time.

So that's it! Take a chance on these and I doubt you'll be disappointed. Stream away, creeps!