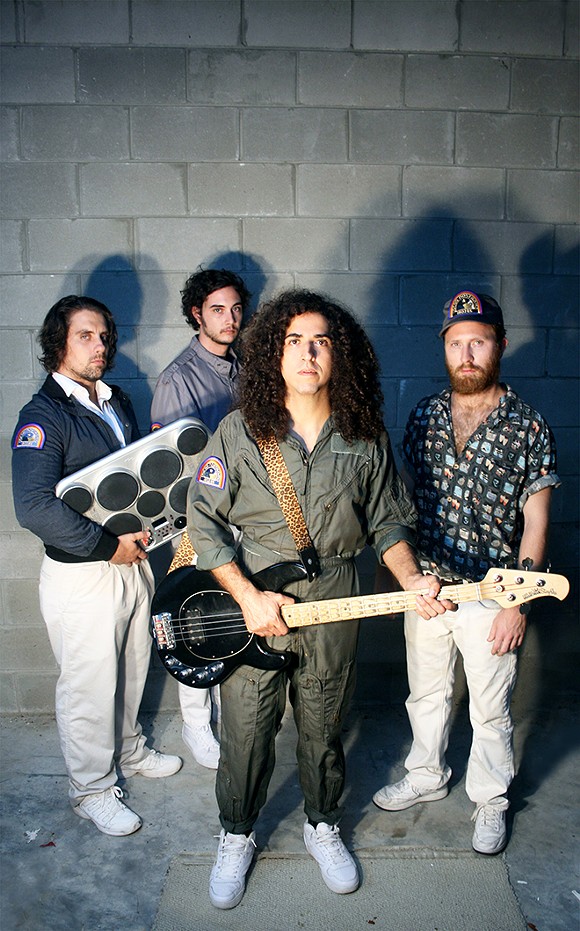 Few musicians take a cover show as seriously as Gerald Perez. The main man behind Maximino and bass player for Thee Wilt Chamberlain made waves locally last year with tributes to Prince’s Purple Rain and the soundtrack to Pulp Fiction that went above and beyond what one normally sees at cover shows. This year, Perez and his crew of musicians, aided by Shine Shed and Broken Machine Films, create a sci-fi throwback to the dark side of New Wave. After turning the three rooms of Will’s Pub into a spaceship (the “USCSS Lucky Star”) and planetary outpost, the band will perform ’80s songs often overlooked in the erroneous version of that decade that pop culture has rewritten. (Sisters of Mercy over Bon Jovi, AS IT SHOULD BE.) There will be a costume contest in the middle of both shows, along with a surprise that Perez refuses to share with anyone. Pick up a special Leeloo Dallas multipass ticket at Park Ave. CDs, and customize it with your photo for a one-of-a-kind souvenir that’ll also nab you a free drink if you’re one of the first 20 to dock. Check out the trippy trailer from Broken Machine Films below, along with a Spotify playlist that previews some of the songs that Astro Wave will feature on its maiden voyage.