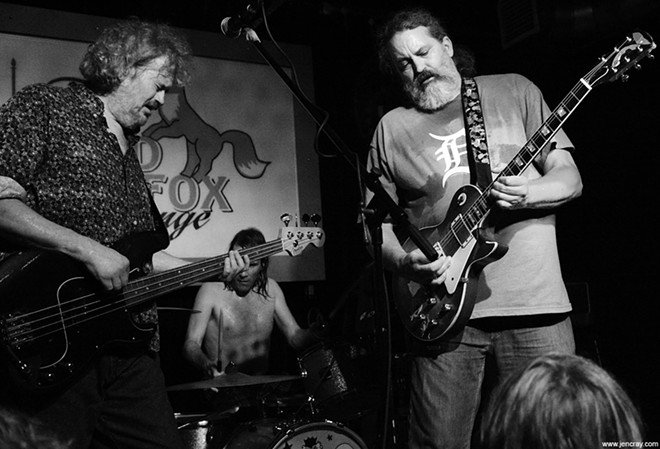 With Gang of Four two days ago (Oct. 27, The Social) and Meat Puppets yesterday (Oct. 28, Will's Pub), my list of legends seen in concert has jumped by two big names in just as many nights. But the truth about Meat Puppets is that I’ve never really been into them. I walked into this show with academic esteem for them as an original force of the American underground but, frankly, not much personal passion. That, however, completely changed by the end of their opening song.

In that room, something about their outlandish country-punk scramble suddenly clicked. They were kooky, adventurous and virtuosic, all without being shambolic in technique (to their credit) or concept (to my surprise). And Curt Kirkwood’s guitar technique, the band’s musical centerpiece, is a marvel that’s somehow as soulful as it is searing. But there is no better review – no greater testament to their enduring live virility, in fact – than noting that Meat Puppets still have the stuff to make you a believer.

I didn’t see them back in the day but some of this crowd did. Now, I understand why this band was greeted with such real fever and an impossibly crowded attendance. Even after 35 years, they have enough live flash to be revelatory. After finally experiencing them, I have not only new perspective for them but, perhaps most importantly, new interest.

See enough aging legacy bands and you’re sure to catch some duds. Time’s a mean bitch like that. So it’s nice to see one that doesn’t need to be graded on a nostalgia curve.

Also worth mention is opener Tight Genes, an Orlando band that deals in music that’s smeared and furious. Even with occasionally melodic moments and frequently lighthearted lyrics, there’s a genuine sneer propelling everything. This isn’t punk in spirit or theory. This is unfiltered, real-deal punk rock that impresses with velocity and detonative power.