A woman in Melbourne was somehow living with 100 cats

It starts with just one cat. Then that cat looks sorta lonely so you get a second cat. Fast-forward a year and now you're living in a house that's stacked to the ceiling with cats.

Brevard County Animal Services were led to a West Melbourne home after complaints about "a strong smell of feces and urine."

Despite the smell, officials told News 6 that 100 healthy cats were found in a woman's home on Parker Road. Apparently, the house was just gross but the cats had plenty of food, water and litter boxes.

According to News 6, the woman told officials that "things just got out of hand." So far, no charges have been filed and the cats will be neutered and rehomed. 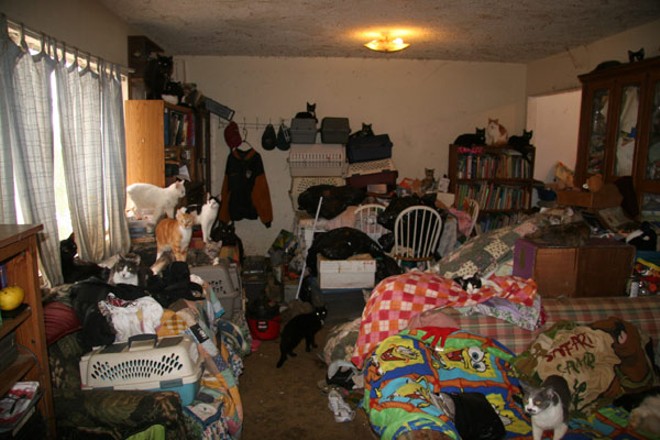