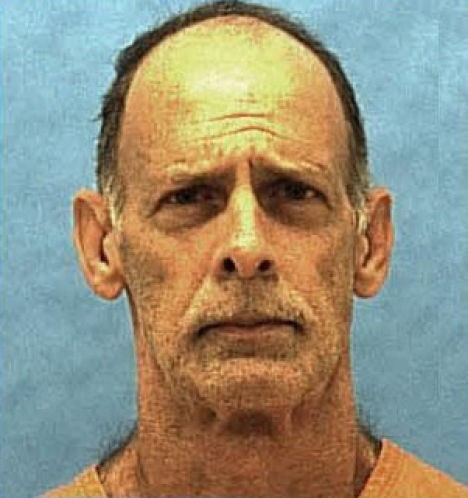 Eight months after Florida first attempted to kill Jerry Correll, the state executed the man convicted for the stabbing death of his 5-year-old daughter, ex-wife and two of his wife's family members via a lethal injection cocktail Thursday.

Correll, whose execution was originally scheduled for February, was on Death Row for almost 30 years after he murdered those four people in Orlando. Correll had received a stay from the Florida Supreme Court until the U.S. Supreme Court decided on the legality of midazolam, one of the three drugs used in the injection. The Supreme Court upheld the use of the drug in June, and after a struggle between Attorney General Pam Bondi and Correll's attorneys, Florida's courts rejected the argument that the use of midazolam should be considered cruel and unusual punishment, clearing the way for the state to execute him. Correll's death now makes Gov. Rick Scott the Florida governor with the most executions under his belt since the death penalty was reinstituted in 1976.

One of Correll's attorneys, Maria DeLiberato, released a statement after the U.S. Supreme Court rejected Correll's last-minute request for a stay Thursday night.

"It is deeply troubling that the State of Florida would carry out the execution of Mr. Correll while the Unites States Supreme Court evaluates the constitutionality of Florida's death penalty procedures in Hurst v. Florida. A decision is expected within a few months; Governor Scott should put all executions on hold until that time to ensure that our death penalty procedures comport with the constitution."

The Gainesville Sun reports that his last meal was cheeseburger, a Coca-Cola and fries.

"Asked if he had any final words, Correll replied, “No, sir,” and the execution procedure then started at 7:26 p.m.," according to The Sun. "Midazolam was administered first. Correll’s arms could be seen shaking at first, but he soon became still, his mouth agape."

The victims' family also released a written statement after the execution.

“Jerry Correll chose to take the lives of four beautiful, innocent people on June 30th, 1985,” the statement said. “The consequences of those actions should be no less than death itself.”