Orlando is about to have a ton of indoor skydiving options 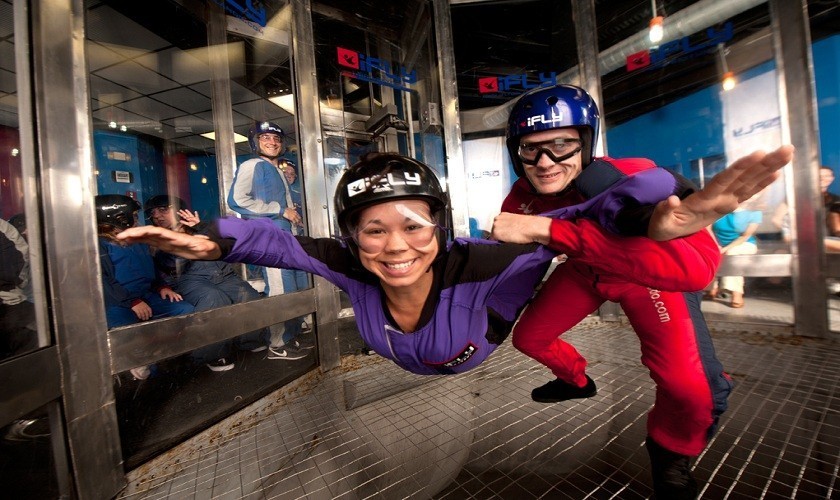 I-Drive-based indoor skydiving attraction iFly recently announced a new location next door to WonderWorks. The property currently houses the Hawaiian Rumble miniature golf course. That course has seen a noticeable decrease in maintenance in recent years, including shutting down the large fountain show that was used to draw attention from passing guests.

The location does have a large amount of pedestrian traffic. With WonderWorks next door and numerous local bars, including IceBar and a nearby Miller’s Ale House, the location seems like a perfect place for walk-in traffic. The current iFly location is in the far rear of a dead end drive across from Wet ‘n Wild. While that location is highly visible, it lacks easy access and few, if any, pedestrian traffic.

The new location will likely use new technology, as well. The current iFly Orlando uses a dated, large wind tunnel style machine. The machine is very tall, helping with the visibility of the attraction. The new location will likely use more recent indoor skydiving technology that includes clear acrylic tubes. It’s believed that those tubes will be visible from I-Drive. Most of the more recent iFly locations feature these clear tubes. Also due the size of the new location more than one skydiving tunnel will installed.

If skydiving next to an upside building and an ice bar isn’t your thing yet another indoor skydiving attraction is in the works for the I-Drive 360 complex. That one will be opened by Dubai-based entertainment company Inflight, which has similar indoor skydiving attractions in other markets. The I-Drive 360 skydive attraction showed up in some early documents for the complex but little has been mentioned regarding the project since then. Recently GrowthSpotter confirmed that Inflight was still planning to open the Orlando attraction. It will likely use similar clear, low profile tubes at the new iFly location.

Yet another new indoor skydiving option soon to come back to the Florida market is Royal Caribbean’s Allure of the Seas. It houses one of the only simulated skydiving experiences at sea. That attraction is also operated by iFly. It also uses the updated clear tubing and tech similar to the expected Orlando machines. Allure will begin South Florida based cruises in the coming weeks.