It's all over but the crying. With all 27 precincts finally reporting in, Orlando Mayer Buddy Dyer has won the 2015 mayoral election soundly. According to results posted to the Supervisor of Elections website, Dyer pulled in 13,476 vote to challenger Paul Paulson's 7,141. Sunshine Linda Grund was hardly a contender with 927 votes, but that's what happens to candidates who decide not to fundraise or advertise your campaign.


Paulson posted his response to the election results via a video on Periscope, which you can watch at this link.

In District 6, incumbent Sam Ings also keeps his seat. Despite his challengers' assertion that he's "Silent" Sam Ings who's never seen doing anything in the district, 1,536 voters cast ballots for him. The closest runner up was challenger Nathan Chabers who brought in 535 votes, followed by Marcus Robinson with 412 votes, Lawanna Gelzer with 387 and Ka'Juel Washington with 144 votes. 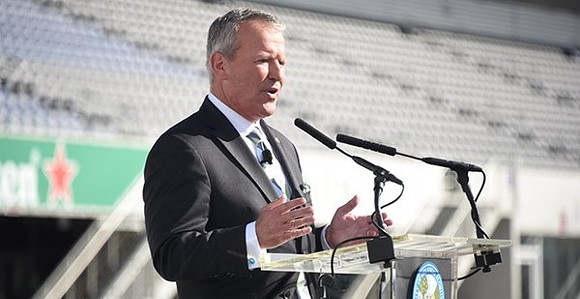