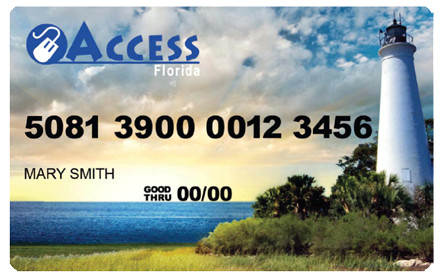 As state lawmakers move forward with measures to expand where and how people can carry handguns, they don't want Floridians trading government food aid to get firearms.

The Senate Criminal and Civil Justice Appropriations Subcommittee unanimously supported the bill (SB 218), filed by Sen. Travis Hutson, R-Elkton. Hutson said the measure is needed as Florida is one of 10 states where trafficking involving Electronic Benefits Transfer, or EBT, cards has become a problem, with most cases in the Jacksonville, Tampa, Fort Myers, Palm Beach County and Lakeland areas.

"I've heard from our state attorneys and assistant state attorneys, where they've gone into individuals' homes and seen drugs, firearms and stacks of EBT cards," Hutson said. "Their thought process is, this is happening. It is a problem. But we don't give them enough tools in their tool belts to identify what they can do with the trafficking of these EBT cards."

Hudson's proposal would make it a first-degree misdemeanor to trade the benefits from EBT cards, better known as food stamps, for firearms, ammunition, explosives, controlled substances, cash or considerations other than eligible types of food.

A House bill (HB 105), sponsored by Rep. Jimmie Smith, R-Inverness, also attacks the underground trading of EBT cards. It would go further than the Senate bill by making an initial arrest a third-degree felony for possessing two or more EBT cards that have been issued to other people or to attempt to sell one or more of the cards.

The penalty would also include a six-month mandatory sentence of community service spent with a non-profit that distributes food to the needy. Smith's bill goes before the House Criminal Justice Subcommittee on Wednesday.

In 2013, the Legislature approved a law that prohibited EBT cards from being used at strip clubs, liquor stores and gambling establishments. During the 2013 session, several Democrats called the Republican-backed proposal political posturing, noting that the state Department of Children and Families already had the ability to shut off EBT cards from being used at such facilities.

The EBT bills filed by Hutson and Smith for the 2016 session are among a series of proposed measures that involve guns.

Prior to Tuesday's vote on Hutson's bill, for example, Democratic Reps. Dave Kerner of Lake Worth, Clovis Watson of Alachua, Victor Torres of Orlando and John Cortes of Kissimmee expressed concerns about gun-related measures backed by gun-rights groups.

The Democrats focused on proposals that would allow people with concealed-weapons licenses to openly carry handguns (HB 163) and carry firearms while on state college and university campuses (HB 4001).

"For me, the immediate concern, and what I told my colleagues in the House, I want to limit this to the two bills that we've been asked to vote on because those are the two broadest public-policy measures we're fighting right now," Kerner said.

The "campus carry" measure, which has been opposed by state university and college leaders, will make its second of three scheduled House committee stops Wednesday, when it goes before the Higher Education & Workforce Subcommittee.

The Democratic lawmakers didn't take a stand on separate proposal (HB 169) that could make it easier for people to claim they have stood their ground in self-defense when shooting others.

The measure would shift the burden of proof to the state in cases involving Florida's "stand your ground" law, which currently says people can use deadly force and do not have a duty to retreat if they think it is necessary to prevent death or great bodily harm.

Another gun-related measure was introduced Monday, with Rep. Danny Burgess, R-San Antonio, proposing a bill (HB 505) that would allow concealed-carry permits, which include photos, to be an acceptable form of identification when voting.