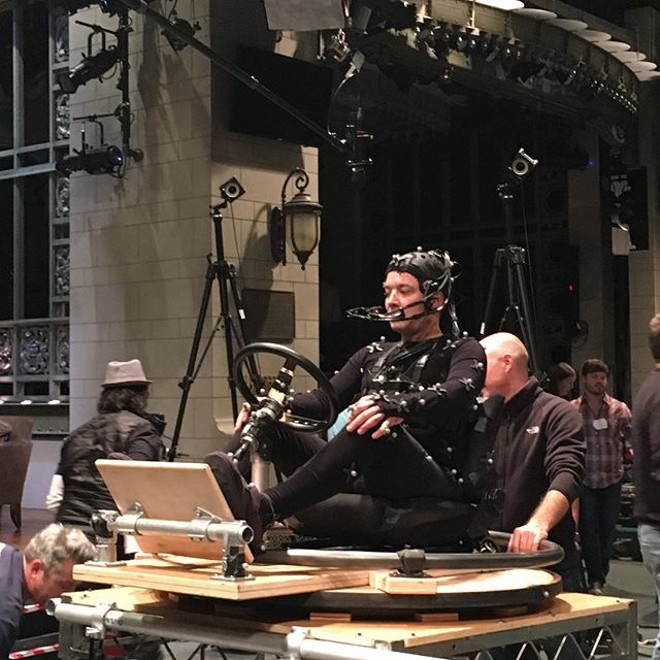 The veil of silence surrounding Jimmy Fallon's new 3-D attraction at Universal Studios lifted briefly on Nov.4  with the release of three behind-the-scenes photos of the Tonight Show host in the midst of a motion-capture performance.

Fallon, seated behind the steering wheel of what viewers might call the suggestion of a car, is seen wearing a voice-capture headset and covered in sensors that are used by the peeps at Industrial Light and Magic (who are doing the animatic groundwork for the ride) to record the movement of Fallon's body as he performs.

Not a lot of info has been released about the content of the ride itself aside from its name, Race Through New York Starring Jimmy Fallon. According to an Oct. 27 blog post by Jason Surrell, a creative director at Universal Studios, the 3-D attraction is structured along the lines of the "outrageous celebrity races," Fallon hosts on his show.

"You’ll rocket through the streets—and skies—of New York City, from the deepest subway tunnels to the tallest skyscrapers, encountering colorful characters, famous landmarks and anything else that comes to Jimmy’s mind—and 'that is some weird, wild stuff,' to quote an iconic previous host," Surrell wrote.

"Race Through New York Starring Jimmy Fallon" is slated to open sometime in 2017, and is replacing the old Twister ride, which officially ended service Nov. 2. 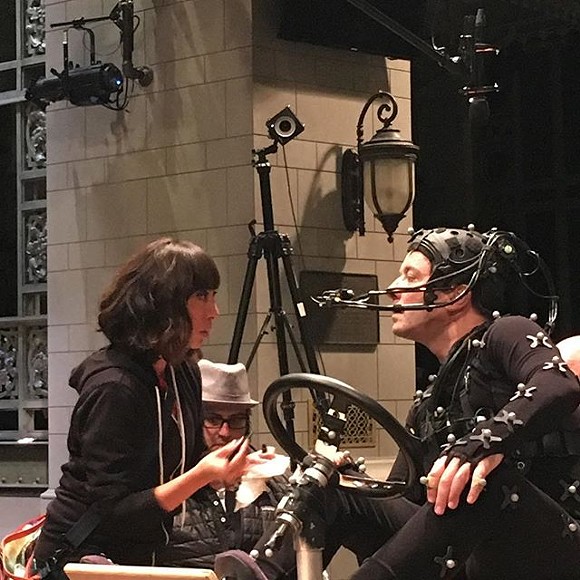