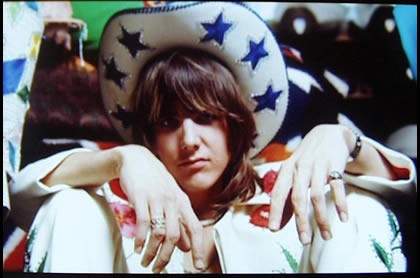 Over in Winter Haven, Derry Down Project has been working tirelessly to preserve Gram Parsons' legacy in Central Florida by restoring the Derry Down Building, a music-minded youth center established in 1964 and the first venue where Parsons ever played with his first professional group. Part of preserving the venue was an initiative to have it acknowledged as an official historic site, and yesterday, Nov. 5 (fittingly on Parsons' birthday!), that dream was finally realized when the Derry Down Building unveiled their shiny new historic marker.

The goal is to revive the venue as a youth center to inspire future generations of musicians and music lovers. Congrats to everyone who pulled this effort together; Gram Parsons fans thank you!