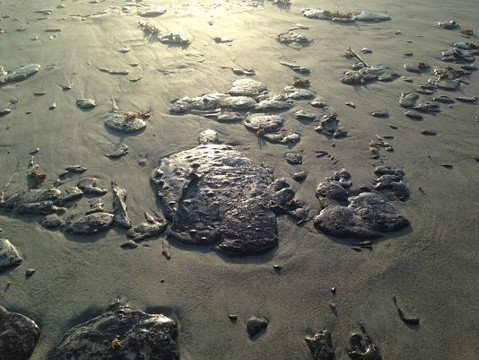 Typically, tar globs occur when spilt oil mixes and rolls with loose sand and seashells, and, unfortunately, they really aren't that uncommon. The exact source is usually difficult to tell, but suspects can include anything from oil rigs, boats with unfiltered bilges, oil pipelines and even natural seepage.

At this time, the cause of Cocoa Beach's globs hasn't been determined and the U.S. Coastguard has been notified.