The Sh-Booms reload with Mizz Bren, plus Jessica Hernandez & the Deltas (The Social)

Like their profile, the aesthetic of Detroit’s Jessica Hernandez & the Deltas (Nov. 5, The Social) has been gradually crystallizing in a big, shiny way. She and her crew embody the Motor City music tradition in all its stripes and splendor, peppering it with even broader influences. But lately, it’s been with a bright, swinging Amy Winehouse-sized splash. To capture that breadth, she came strong in a rock & roll gang of six made lush with keys and trombone. With a contemporary pop vision that’s joyfully revivalist and shined up to a nice, kicking cherry shine, the Deltas prove that accessibility doesn’t have to be soft-core.

When it comes to local support, Hernandez came up aces because it doesn’t get any more lifting than the one-two of the Sh-Booms and the Woolly Bushmen.

I first saw the freshly reloaded version of Orlando retro-soul syndicate the Sh-Booms a couple months ago, but that was amid the dizzying blur of the Will’s Pub 20th anniversary blowout. This was a chance for a good, focused look at the band with new singer Mizz Bren (née Brenda Radney), whose studio credits include contributing backing vocals to Justin Timberlake (The 20/20 Experience) and, even more interestingly, …And You Will Know Us By the Trail of Dead (The Century of Self).

Losing a front figure is a perilous thing for a band. And when you’re talking about one as incandescent and defining as original singer Emily Patterson, it’s something from which most acts never recover. Well, the good news is that the big Sh-Booms locomotive hasn’t ceded any horsepower – Bren’s voice is a brick house. The better news is that they’ve taken a more modern and mature turn. Now, both singers are power plants of voice and presence. But while Patterson radiated more of an old-fashioned sweetheart halo, Mizz Bren throws off some tough grown-ass woman heat. And the band’s sound shows sign of growing up alongside her with less swing and more rock and soul. Suddenly, the Sh-Booms’ future now looks much longer and deeper. 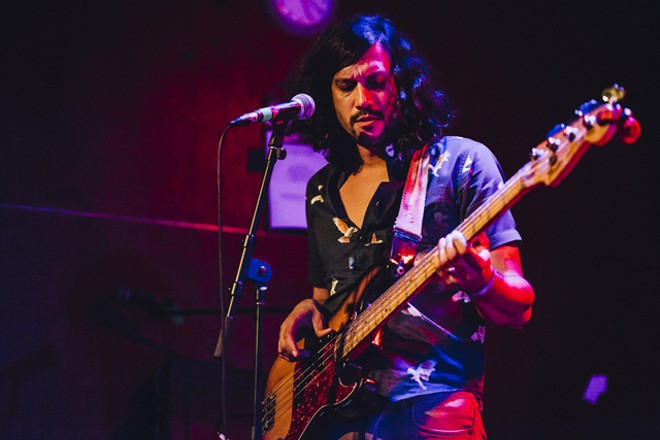 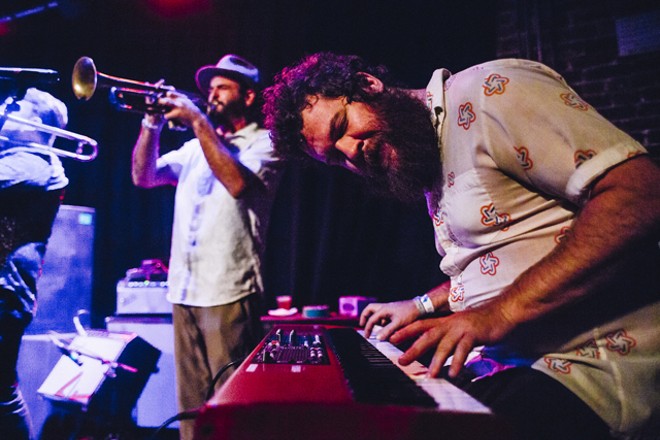 And about those Woolly Bushmen, how many times do I have to tell you to get hip to these local boys? They are, straight up, the biggest transfusion of true rock & roll the city has seen in ages.