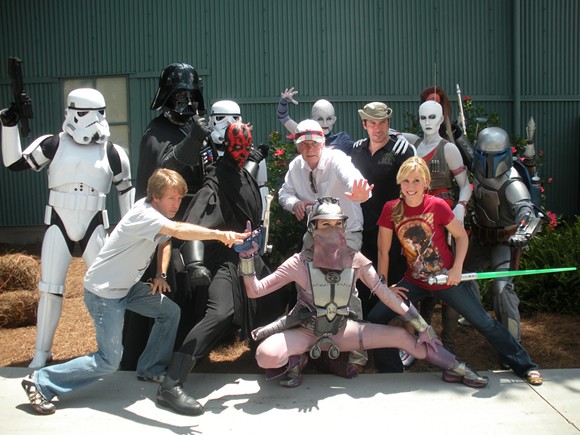 Disney's Hollywood Studios announced Monday that it will no longer host its popular Star Wars Weekends, citing the cold hard fact that there'll be a ton of Star Wars-themed activities with the opening of the new 14 acre Star Wars land.

"While Star Wars Weekends has been a great way to enjoy the saga for a few days every year, now the Force will be with Disney's Hollywood Studios every day," said the company in a recent blog post.

Construction for Star Wars land is expected to begin in 2016.

Disney took this opportunity to touch on a few details regarding new upcoming Star Wars-related attractions. The Jedi Training Academy will reopen this December as Jedi Training: Trials of the Temple, an experience that allows padawans to face off with Darth Vader and the Seventh Sister – a new villain from the Disney XD series “Star Wars Rebels.”

Disney also released details regarding Star Tours, which will soon feature scenes from the upcoming film Star Wars; The Force Awakens, and the Star Wars Launch Bay will take guests into the Star Wars saga with special exhibits, special merchandise, behind-the-scenes peeks, and the chance to hangout with characters from the films.