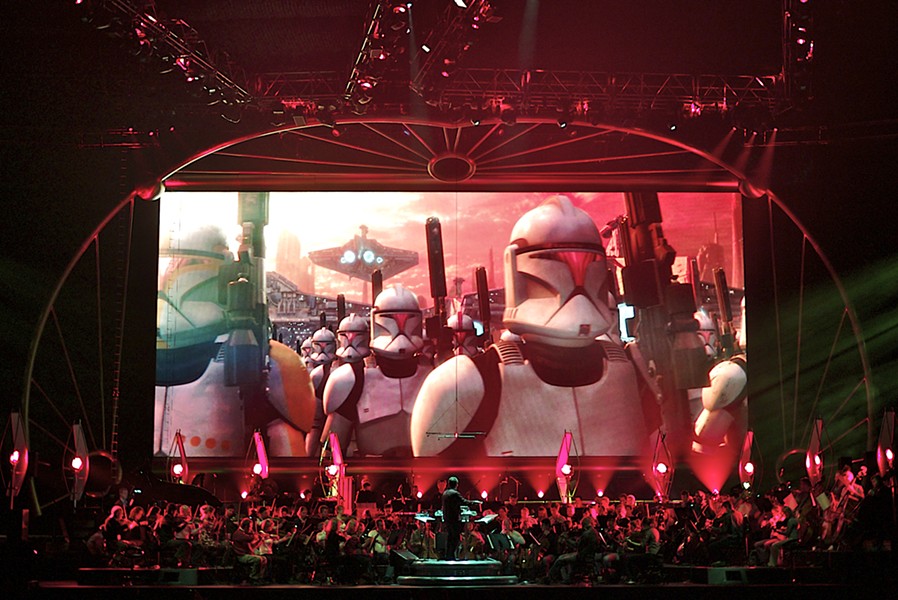 With pre-sales shattering all previous records there’s no question that the new Star Wars will be one of the most successful films of all time. Disney has done everything imaginable to cash in on the blockbuster franchise and a newly purchased domain might point to the next major Star Wars event.

The new domain is believed to be part of a new Star Wars orchestra show. This one will likely be a touring show, similar to Disney On Ice and Marvel Universe Live. Both of those shows are presented by FeldEntertainment, who also does Monster Jam and Ringling Bros and Barnum & Bailey circus shows. Feld has proven to be a successful partner for Disney and one that Disney has consistently used for arena shows.

In the past, Star Wars has had large scale orchestra shows; Star Wars: In Concert and Star Wars: A Musical Journey. The latter used a live orchestra with large video screens that played clips of the iconic films. The focus was on the orchestra itself with the videos taking a backseat to the live music.

Feld recently confirmed that their smaller Gold tour would end in 2016. Unlike the larger Red and Blue tours the Gold tour used trucks instead of trains to move the show from arena to arena.

Many rumors have pointed to Feld doing a new Disney show. The closure of the Gold tour could point to a shift of resources at the Bradenton-headquartered Feld Entertainment. The success of the Marvel Universe Live also shows popularity of IPs that isn’t traditionally used in arena style shows.

There is no word yet on what exactly StarWarsLiveInConcert.com will be but it’s a safe bet that it will include aspects of Star Wars that we have yet to see within a concert setting.