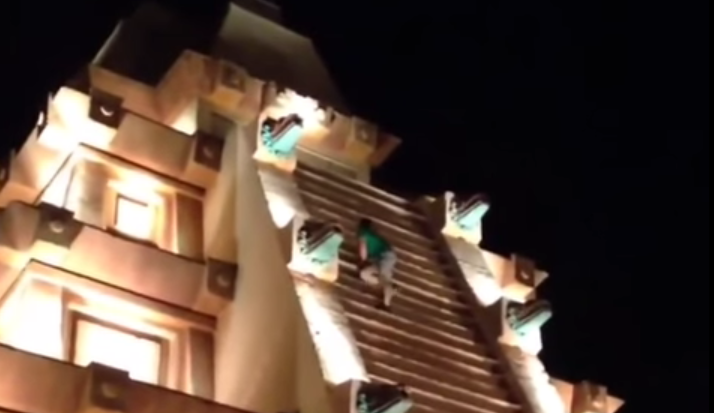 According to WKMG, the inevitable climb happened during the Food & Wine Festival and was filmed by Robert Leininger– who, for some reason– stopped filming before the climber reached the top.

Witnesses told WKMG the drunk climber, who is most definitely banned for life from Disney theme parks, did indeed reach the top and was presumably apprehended by security after safely descending down the backside.