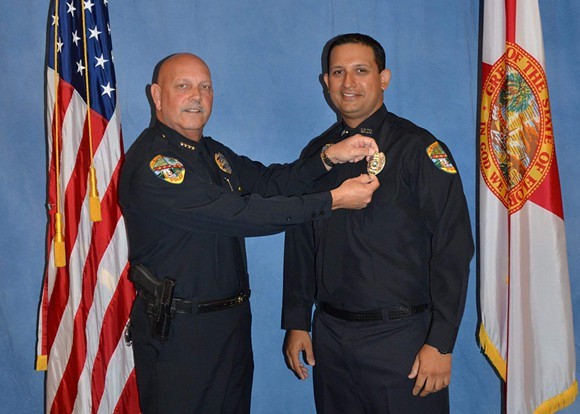 A popular drummer, Jones was killed while waiting for a tow truck on the side of a Palm Beach County road after his car broke down around 3:15 a.m. Raja, who was driving an unmarked police van and dressed in plain clothes, pulled over near Jones' car and confronted Jones, who was armed. The officer shot at Jones six times, hitting him three times.

The Palm Beach Post reports Raja, who was hired in April, was on a one-year probationary period and has been on paid administrative leave since the shooting. Jones' family released a statement saying that while they're glad Raja was fired, they still want criminal charges brought against the officer.

"We maintain that the officer in question also must be held criminally liable for his reckless actions that night," the statement says. "Our family remains hopeful that the outside agencies brought in to investigate Corey's killing will soon begin to yield factual information about how and why this officer acted so callously."

The State Attorney’s Office, the Federal Bureau of Investigation and the Palm Beach County Sheriff’s Office all launched independent investigations into the shooting.