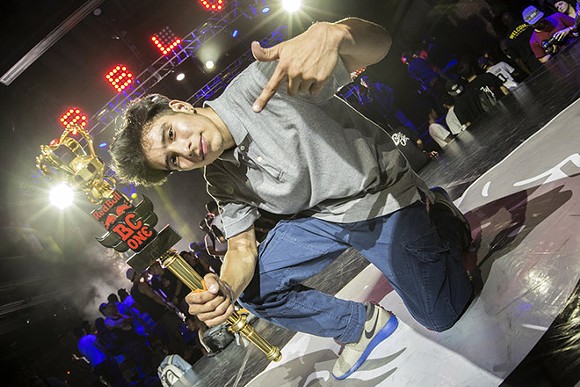 Those who say you can’t make a living out of breakdancing clearly haven’t met Victor Montalvo. Following back-to-back wins at the Red Bull BC One North American finals, the 21-year-old Kissimmee-native is on the cusp of breakdancing greatness.

Montalvo is currently at the Red Bull BC World Finals in Rome and has the chance to prove once and for all that he is the King of B-Boys.

“If I win, I’m gonna go party like crazy, man. Then the next day, get ready for my next competition,” Montalvo said in a recent phone interview.

For Montalvo, breakdancing isn’t just a hobby—it’s hereditary. At the age of 6, he learned the art of body pops and headspins from his father and uncle who used to breakdance in Mexico. But it didn’t quite stick with him. He took 4 years off before getting back into breakdancing. Now, it’s a way of life for Montalvo.

“Whenever I’m sad or happy, I just express myself through dancing, and I just love it,” he professes.

Montalvo’s key to victory is the quick, energetic style that he’s become known for. To really amaze the audience, he sneaks in high-speed power moves. “It’s an air move and ground move when you’re on your head and back—when your legs are in the air,” he explains.

It was this spontaneous attitude toward breakdancing that earned him a spot in the Red Bull BC One World Final in Rome, which hosts 16 b-boys from the United States, Peru, South Korea, Spain, Georgia and Egypt.

You can watch Montalvo battle it out this Saturday on the World Final livestream at 4:30 p.m.