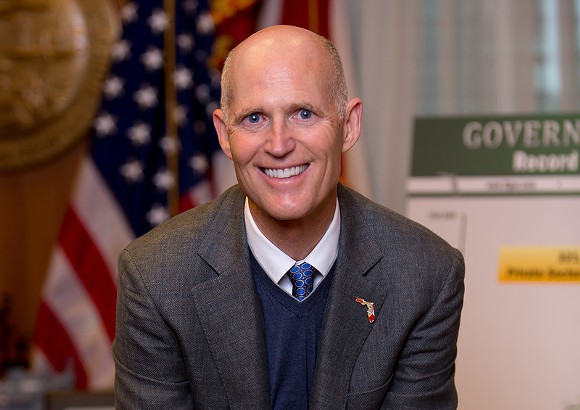 After terrorist attacks in Paris that left 129 dead and 352 wounded, Florida Gov. Rick Scott called for Congress to stop Syrian refugees from coming to the United States.

In a letter to U.S. House Speaker Paul Ryan and Senate Majority Leader Mitch McConnell, Scott said Florida will not support the requests it has received to relocate 425 possible Syrian refugees in the state because one of the terror attack suspects got into France by posing as a Syrian refugee.

“More importantly, however, it is our understanding that the state does not have the authority to prevent the federal government from funding the relocation of these Syrian refugees to Florida even without state support," Scott writes. "Therefore, we are asking the United States Congress to take immediate and aggressive action to prevent President Obama and his administration from using any federal tax dollars to fund the relocation of up to 425 Syrian refugees...to Florida, or anywhere in the United States without an extensive evaluation of the risk these individuals may pose to our national security."

France has launched airstrikes against ISIS, the organization that has been linked to the attacks, in Syria. Republican governors in 11 states, including Florida, have announced they would oppose Syrian refugees in their states, according to CNBC.

On Monday, President Obama rejected the idea of blocking Syrian refugees into the U.S., the New York Times reports.

“The people who are fleeing Syria are the most harmed by terrorism; they are the most vulnerable as a consequence of civil war and strife,” Obama says. “We do not close our hearts to these victims of such violence and somehow start equating the issue of refugees with the issue of terrorism.”

The Florida chapter of the Council on American Islamic Relations reported that some mosques in the state have received threatening phone calls. In Orange County, a Muslim family reported shots fired at their home.