According to a recent study, Florida is filled with stupid people 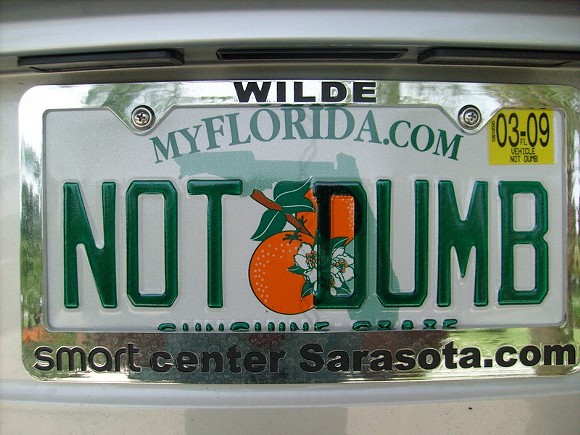 Donald Trump, popular Republican candidate and guy who once said he would bone his daughter, is currently leading in the Florida polls, a state that is one of the dumbest in the nation according to a study from the Washington Post.

The study came about after the Washington Post went out of its way to prove that Iowans aren't as stupid as Donald Trump thinks. Last week, Republican candidate Ben Carson pulled ahead of Trump in the Iowa polls, which then prompted Trump to ask, "How stupid are the people of Iowa?"

Here's how WaPo broke it down:

This is necessarily hard to figure out, of course, given that "stupid" is inherently contextual and subjective. In order to figure out how smart each state was, we looked at objective measures we had at our disposal. Specifically:

- IQ, as estimated by Virginia Commonwealth's Michael McDaniel in 2006
- 2015 SAT scores, compiled by The Post
- 2015 ACT scores, via the company that administers the tests
- The percentage of college graduates in the state, compiled by the Census Bureau


Here are the 10 smartest states according to WaPo: 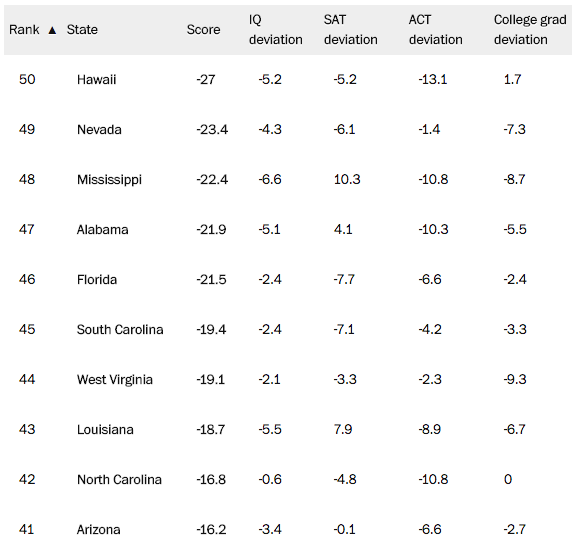