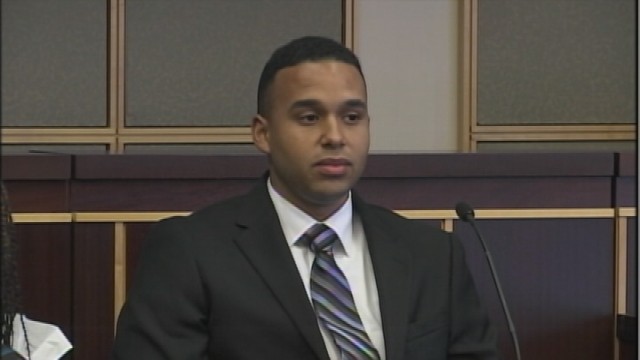 A six-person jury acquitted former Orlando police officer William Escobar of battery and perjury charges filed against him after he was accused of punching and kicking a handcuffed man, and then lying about it.

The Orlando Sentinel reports the case centered around a cellphone video of Escobar using force on Refus Holloway, a former military police officer, in March 2014. Escobar's attorneys argued his actions were justifiable because he was "confronted with a hostile suspect and a dangerous situation," but prosecutors said Holloway wasn't much of a threat to the officer because he was "lying on the ground  and being compliant."

Jurors did not learn Escobar was fired from OPD after an internal-affairs investigation of the arrest, nor did they learn the city of Orlando agreed to pay $30,000 to a man who says he was kicked by Escobar in the face, resulting in a broken jaw.