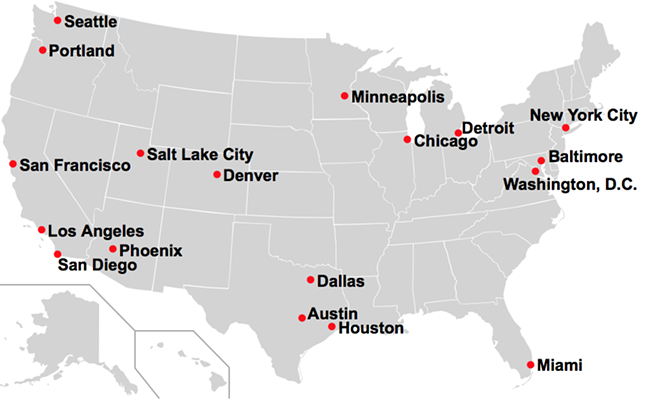 A group of Republican state lawmakers want Florida to crack down on cities and counties that provide "sanctuary" for individuals illegally in the country.

In one of a series of bills outlined Tuesday, government officials could face fines up to $5,000 a day for enacting policies or encouraging practices that could provide sanctuary to undocumented individuals. The proposal would also allow people who have been the victim of a crime in a sanctuary community, committed by an individual illegally in the country, to sue the local government.

The term "sanctuary cities" refers to local governments that in some way do not enforce federal immigration laws and are considered safe harbors for undocumented immigrants.

But Maria Rodriguez, executive director for the Florida Immigrant Coalition, denounced the legislation as forcing local officials to "essentially turn in families who lack immigration status."

"Beyond the fueling of hate and racism that will further divide communities, this 'big brother is watching' bill actually strong-arms local government, at taxpayer expense, to go after its own residents," Rodriguez said in a press release. "It is not only costly; it will actually harm our safety by undermining the public trust."

Rodriguez added that she expects to see a repeat of four years ago when sweeping legislation aimed at undocumented immigrants failed.

"Thousands of Floridians, businesses, law enforcements officials and many others stood up to tell them we are Florida and we don't want anti-immigrant bills. What makes them think we will accept them now?” Rodriguez said.

Proponents of sanctuary communities claim there is better cooperation between law enforcement and the immigrant community when immigration issues are left to the federal authorities.

Reps. Carlos Trujillo of Miami and Matt Gaetz of Fort Walton Beach and Sens. Aaron Bean of Fernandina Beach and TravisÂ Hutson of Elkton —- all Republicans —- joined Metz in the Capitol on Tuesday to outline their proposals.

Gaetz accused the federal government of failing U.S. citizens with its immigration policy.

“Our borders are porous, enforcement is lax and immigration poses a threat to our physical security, our national security and our economic security,” he said.

The bills are a way for Florida to "fight back" against illegal immigration, according to Bean.

The anti-sanctuary measure was crafted in reaction to the fatal shooting in July of 32-year-old Kate Steinle in San Francisco by an alleged undocumented Mexican immigrant who had previously been deported.

"It truly breaks your heart, that this illegal alien, that should have been in jail, committed this horrible act," Bean said. "We don't want that to happen in Florida."

Metz, who said the bills aren't intended to target any specific group, said that he's seen evidence that Miami has such policies in place.

But Karen Woodall of the Florida Immigrant Coalition says many of the deportations from sanctuary cities would be unnecessary, costly and cruel.

“I just hope that people will stay focused on real issues, rather than reacting to an anti-immigrant sentiment and labeling all immigrants as criminals,” Woodall said. “They repeatedly said that we are talking about illegal immigrants. But what happens when you have such a broad brush is we start having anti-immigrant fervor.”

One of the measures (HB 675, SB 872) both defines and prohibits a sanctuary community, and removes the sovereign immunity local governments have against lawsuits seeking punitive damages. Another proposal (HB 9, SB 118) would increase the civil penalty to a felony for individuals who defy deportation orders. That measure is scheduled to get its first hearing on Wednesday in the House Civil Justice Subcommittee.

A third bill (HB 563, SB 750) is intended to decrease cash assistance or child care assistance for undocumented immigrants, and would also require anyone seeking temporary cash assistance to provide proof of applications for employment with three employers.