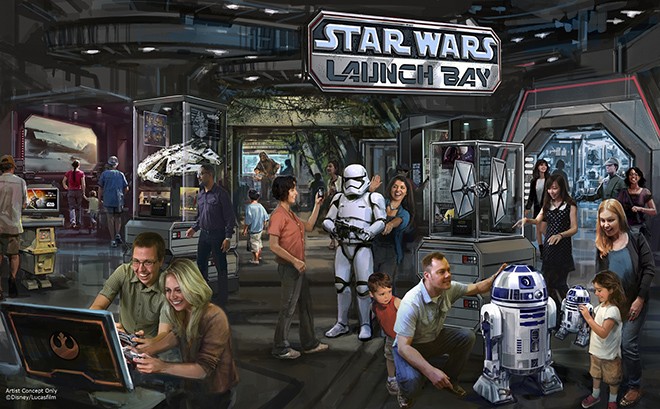 Starting Jan. 5, 2016, the Season of the Force will launch fireworks into the night sky set to classic music from the Star Wars films, according to wdwmagic.com. The fireworks show will take place every Friday, Saturday and Sunday.

First Order stormtroopers will be on patrol to apprehend any Rebel scum. While watching the fireworks show, munch on premium dessert or indulge in Star Wars-themed food and beverage such as the Blue Milk Panna Cotta, Padawan Limeade, BB-8 Lemonade and a Han Solo-themed kids meal.

You can also put your Force skills to the test by battling Darth Vader in the new Jedi Training: Trials of the Temple attraction, which will be open during Season of the Force. Also, Star Wars: Path of the Jedi will venture through all six films with an abridged cinematic show celebrating the series.

A new destination in the Star Tours will also be opening just in time for Season of the Force. The Star Wars Launch Bay gives people the opportunity to meet with their favorite characters, learn about exclusive behind-the-scenes trivia, play Star Wars video games and buy merchandise at the Cargo shop.

Here's what to expect in the new Star Tours attraction featuring locations and characters from Star Wars: The Force Awakens: