AAHZ respects the breaks that made Orlando global, overdue propers for DJ Stylus (The Beacham)

It practically doesn’t get any more seminal in Orlando dance culture history than the AAHZ nights. Although the AAHZ reunions have always rekindled the primary fire, there probably hasn’t been an edition as truly local in terms of music as the latest one, “These Are the Breaks” (Nov. 25, The Beacham).

The AAHZ days, though absolutely foundational, were an elementary phase in the late ‘80s and early ‘90s that heavily featured European house sounds. But the breaks – a breakbeat subgenre braided of hip-hop, Miami bass and electro – was the Orlando sound, our original chapter and contribution to the EDM world. And when the breaks surged in the mid ‘90s, it was the Orlando dance scene at its apex, when we weren’t just playing the leading sounds but making and exporting them.

When it comes to breaks, the names that really jump out on this heavyweight lineup are Icey and Stylus, the two DJs who actually specialized in the style. As the undisputed king of Florida breaks, Icey is the golden boy, the icon – and between all his records, remixes and label, rightfully so. But citations to him are ample in the annals. The official record, however, is a little unjustly thin on Stylus, who meant just as much to bass heads who were on the scene back in the early and mid ‘90s like I was.

Icey was the superstar household name that drew thousands to world-famous downtown nightclub the Edge (the cavernous building currently being renovated to become the Ace Cafe Orlando). But just around the corner at small local bass den the Abyss, Stylus rocked it for a more exclusive set. Having graduated from the glow-sticks-and-pacifiers rave phase, this was an Orlando underground beat society thick with the post-b-boy cognoscenti. If Icey was the Skrillex of the time, Stylus would be Diplo. And to the true heads, Stylus was the Pied Piper.

While the other Orlando DJs on this choice AAHZ lineup – Icey, Kimball Collins, Dave Cannalte, Andy Hughes – became justifiably knighted into the house-music canon and continued to make high-profile appearances throughout the years, Stylus sort of evaporated. But to the original beat gangsters, his name is forever etched in bass, so it was especially great to see him on an all-star bill again. For me, personally and historically, that was the main event. 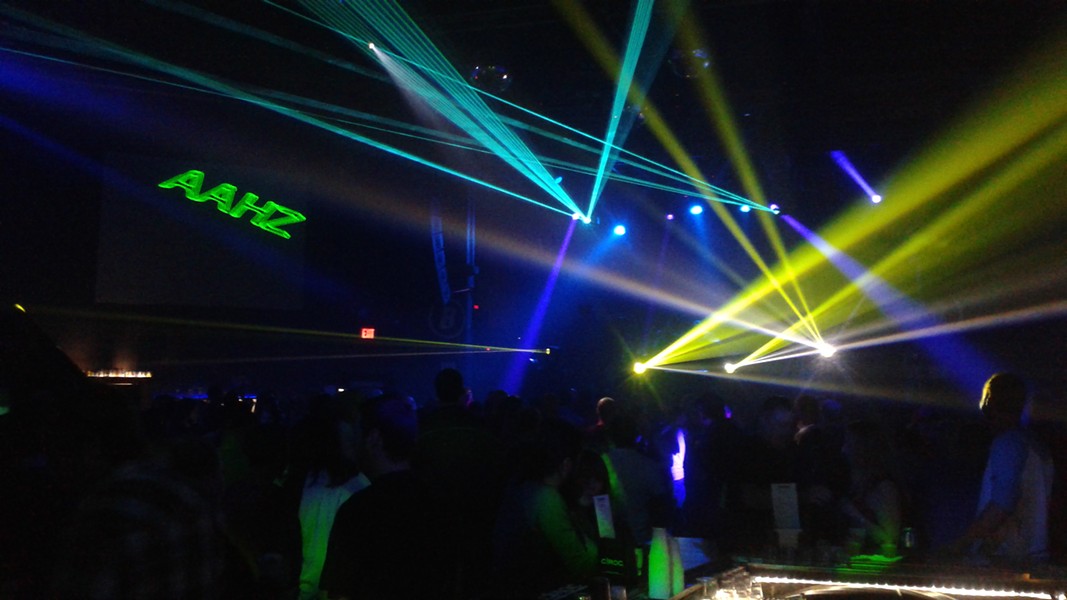 From the minute the doors opened, these guys went big and classic, with a tag team of Andy Hughes and Stylus to blast it off. In contrast to Hughes’ fence-swinging, party-popping set list, Stylus went deeper and more obscure on sets that were less like a greatest-hits look back at a golden era and more like an actual late night from 1993 when downtown was underground and going subterranean was the entire point.

This is all very nostalgic, yes. But it’s certified with documented legitimacy. People talk about Orlando being a major player on the national music scene in farfetched, just-for-conversation’s-sake tones but we were exactly that during the ‘90s EDM boom. National? Shit, we were worldwide in a way that can’t be fully fathomed unless you were around then. Can you think of anything here since – DJ, band, scene, whatever – that left enough of a mark in hearts and minds to be able to pull respectably at a venue the size of the Beacham almost 20 years after the rest of the world stopped listening? I can’t. 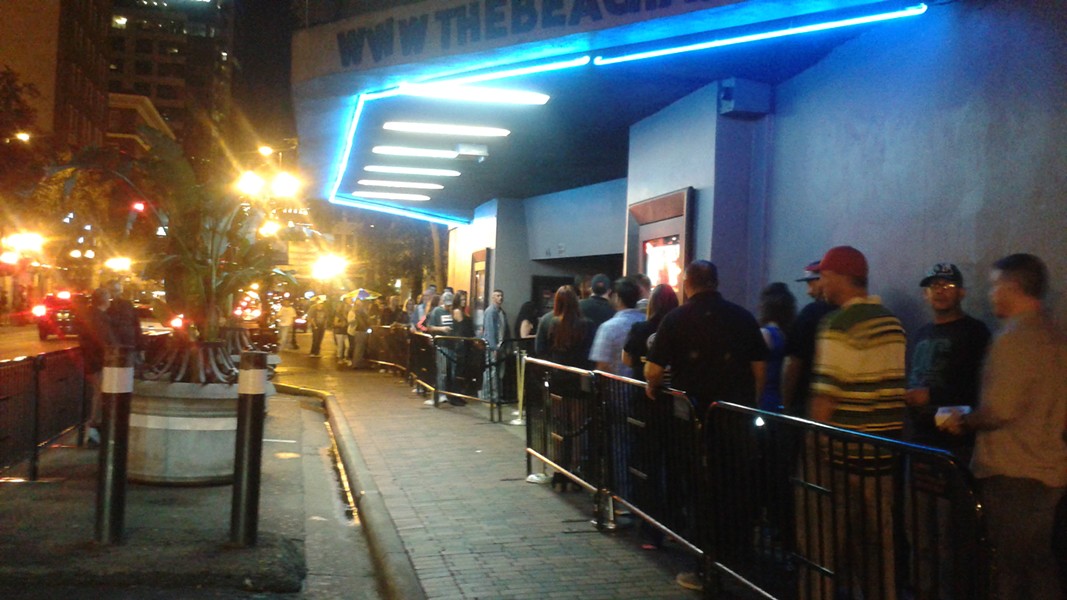 Though I exited this scene for reasons that are true – its eventual dilution and regression – this hall-of-fame lineup reaffirmed that the reasons I got into it in the first place are truer. It was the Real Mac back in the day. And as removed as I now am from it, this night awakened that some of that original fever. That bass-bumping pulse actually made me, for a moment, contemplate dusting off my trusty old 1200s. Don’t worry, darling, I promise not to wake the baby.