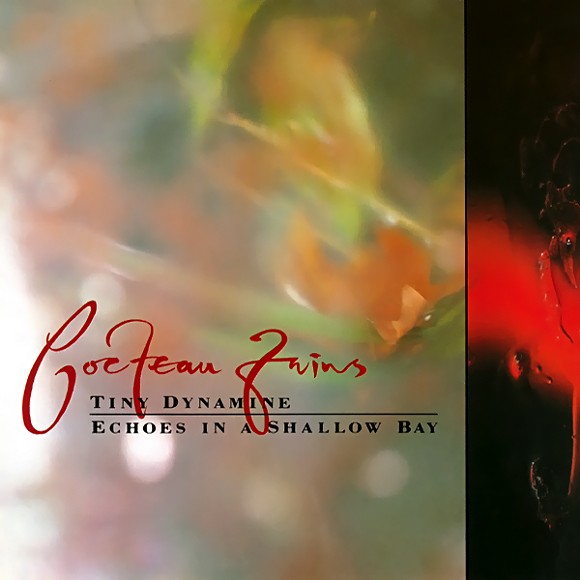 Between June 1982 and November 1986, Cocteau Twins were an incredibly prolific group. In that span of just over four years, the group released five albums and an additional eight EPs filled with non-LP material. Such prodigious output would be impressive from a band that was stylistically spinning its wheels, but what makes the Cocteau Twins' run of music so amazing is that the trio was constantly evolving and experimenting with their sound throughout the period, quickly leaving behind the ethereal post-punk of their early work and blossoming into a wholly unique blend of melodically inscrutable dreampop, ambient grandiosity, and dense sonic psychedelia.

However, up until the fall of 1985, that evolution was relatively linear. It was fairly easy to retrace the steps that the band had taken, as they just seemed to get better and better at what they were attempting musically, gathering up new and more rabid fans along the way, as evidenced by this clip from Columbus, OH about the band's Sept. 19, 1985 concert there.


But when the group released two EPs in November 1985 – Tiny Dynamine on Nov. 15 and Echoes in a Shallow Bay on Nov. 29 – they very much introduced a hard left turn into their musical roadmap. Purportedly recorded as a way to test out the capabilities of a new studio – and purportedly "pure flop material ... just something we've been casually doing this year in our studio" according to guitarist Robin Guthrie at the time – the material on these two EPs were decidedly more ambient and explicitly embracing the more ethereal side of the group's sonic spectrum. And, Guthrie's protestations aside, it's clear these tracks were conceived as a piece, with vocalist Elizabeth Fraser singing solely about butterflies (the lyrics of one track, "Melonella," are simply Fraser reciting the scientific names of various butterflies and moths) and Guthrie and bassist Simon Raymonde in lockstep synchronicity as they delve deeply into the most soundscape-y material the band had yet recorded.

It's clear that this direction was one the band wanted to fully explore, and while their protestations to the contrary were probably meant to placate confused fans, the next couple of Cocteau Twins releases – the pure, downtempo beauty of Victorialand in April 1986 and the November 1986 collaboration with Harold Budd that was basically an ambient album were interrupted by the brief and bombastic Love's Easy Tears in September 1986 – provided ample evidence that the group was in pursuit of some ideal illustration of their most beautiful tendencies.

Of course, this prodigious run of releases was to slow somewhat, and the band's next record after Victorialand was the relatively more direct and melodic Blue Bell Knoll in 1988 (which, not coincidentally, was their major label debut in the U.S.), an album that hearkened back to their earlier, more accessible works, the influence of this "ambient" period of Nov. 1985 to Nov. 1986 was evident in the polish and sonic perfection of that release. And most of the group's output post-Blue Bell Knoll found them tinkering around the edges of that record's sound (resulting in the ultimate Cocteau Twins record, Heaven or Las Vegas, in 1990), the brave and experimental shift the group undertook with these two EPs in 1985 was both impressive and undeniable in its impact.