A 9-foot anaconda was caught and euthanized in Brevard County 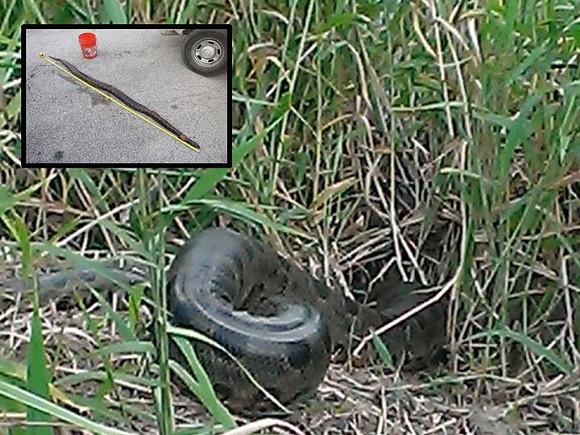 Florida Fish and Wildlife Conservation Commission officials say they killed an invasive 9-foot green anaconda in Brevard County on Monday–an amazing feat– something Owen Wilson could not accomplish in the 1997 film Anaconda.

According to the FWC's Facebook page, a fisherman tipped officials off to "a very large snake" on a riverbank near the St. Johns River. Officials acted quickly, sort of like Ice Cube and J. Lo did in the final scene of Anaconda, and euthanized the non-native constrictor before it could escape.


Here in Florida, green anacondas (like the one in the above picture) cannot be kept as pets and can only be obtained for research, public exhibition or commercial use. The captured snake was not tagged and how it got into the wild remains a mystery, like Jon Voight's weird accent in the film Anaconda. Is that East Baltimore Russian?