Hillary Clinton says Florida is behind due to Gov. Rick Scott 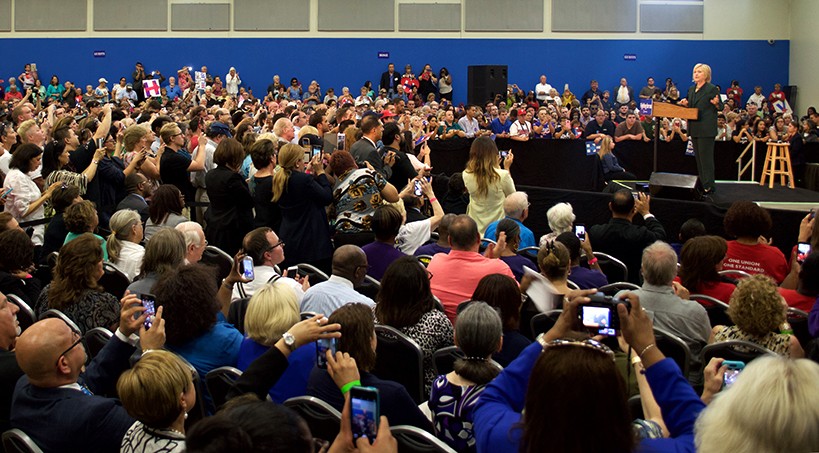 At Wednesday's rally in Orlando, former Secretary of State and Democratic presidential candidate Hillary Clinton criticized Florida Gov. Rick Scott for his policies and refusal to expand Medicaid in the state.

Clinton started her rally appealing to the area's Latino voters, saying she has heard Central Florida referred to as the 79th municipality of Puerto Rico and called for a long-term solution to the island's financial crisis. She also criticized the Republican presidential candidates for insulting Americans.

"They seem more interested in seeing who can say the most offensive and insulting comments," she says. "They have insulted Latinos, women, Muslims. They are determined to absolutely insult everybody before this is over. They're out-Trumping Trump, if you will. I have one word for them: Basta!"

Clinton says her presidency would fight for an America that keeps families together, ends LGBT discrimination, protects women's rights and health, and rebuilds trust between law enforcement and communities. Before her speech, the Democratic candidate was endorsed on Twitter by Puerto Rican superstar Ricky Martin. The Puerto Rican vote of the Interstate 4 corridor, also known as the "swing section of the swing state," is highly coveted by Clinton and the rest of the presidential candidates.