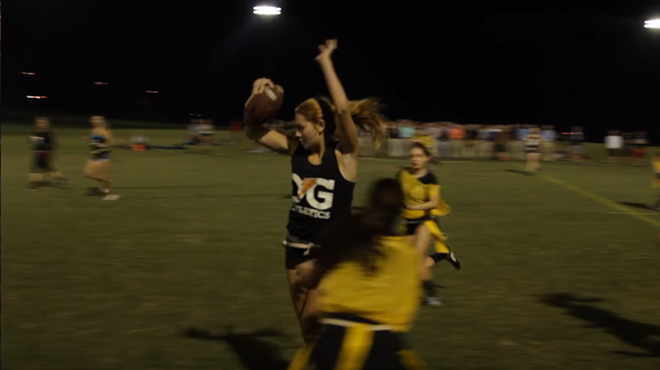 A sorority sister at Florida State University has been crushing it on the football field as of late.

Michelle Roque, a member of the Gamma Mu Chapter of Delta Gamma, became something of a sports-media darling after a highlight reel of her intramural flag football matches landed on Youtube Dec. 1.

The video showed Roque making several successful passes, juking past defenders and basically dominating the field during her playtime.

In an interview with freelance journalist Emily Cline, Roque attributed her exceptional performance to an early start playing football with the boys.

"I grew up playing football since I was 4 years old with boys. I grew up a tomboy and then all of a sudden I blossomed into this flag football playing sorority girl," Roque said.