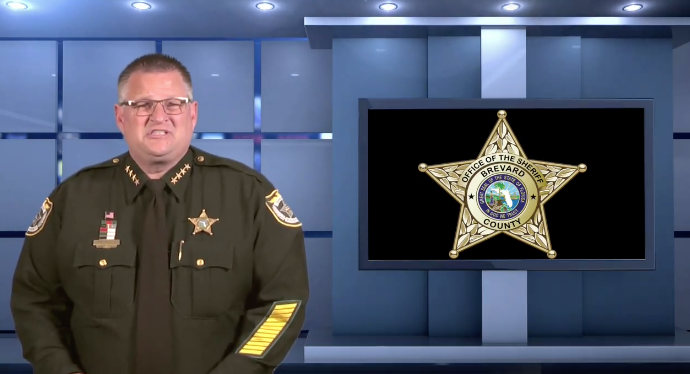 Brevard County Sheriff Wayne Ivey, who, earlier this week was playing "Wheel of Fortune" with wanted suspects, posted a 7 minute video to Facebook Monday calling for armed citizens to "take on terrorists."

In the video, posted below, Ivey says he wants citizens in his county “to be mentally and physically prepared to respond to an attack, so [they] can effectively defend and protect [themselves].”

"The purpose of this video message is to tell our citizens that if a terrorist attack or active shooter scenario can happen in California, Texas, South Carolina, or Paris it can happen right here in our own back yard," said Ivey to WOFL. "If you're a person that is legally licensed to carry a gun, now is the time to realize you, and you alone, may be the first line of defense for you, your family and others around you in a terrorist or active shooter based scenario," he says.

Let's just hope he's right and that the gun totin' "good guys" of America will be able to stop the 382nd mass shooting of 2015.

ENOUGH IS ENOUGH!! IT'S TIME TO SAY WHAT NEEDS TO BE SAID TO PROTECT OUR CITIZENS!!