Watch this Florida bicyclist encounter an alligator, or crocodile, or whatever 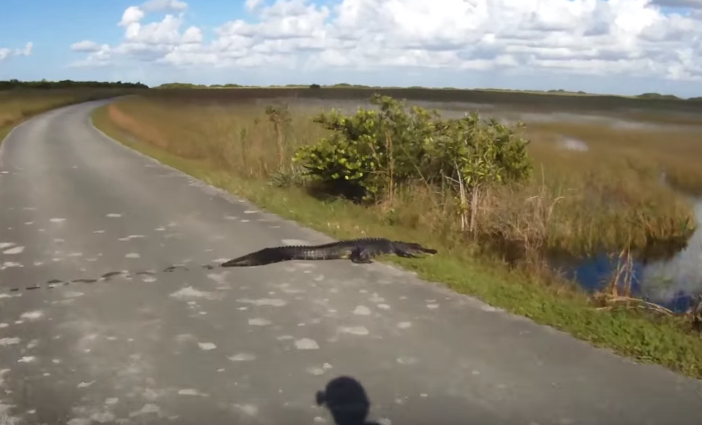 There are plenty of reasons why Florida is statistically the deadliest state to ride a bike, and so it doesn't help that our bike paths are littered with logs, or alligators, or crocodiles ... or whatever.

"Sick and tired of people putting these logs across the pa– oh that's a crocodile, or alligator ... whatever," says the anonymous bicyclist in the video below. To his defense, Florida does have both crocodiles and alligators ... logs too.

The video entitled "Debris on the path," was uploaded to YouTube on Dec. 15 by user gplnd and was shot on the Shark Valley bike path.

As you can probably imagine, hitting an alligator, or crocodile ... or whatever, on a bike is actually a pretty awful. Earlier this year, a Pembroke Pines resident was hospitalized after running into a two foot alligator carcass that had been previously crushed by a car.

Keep your eyes on the road, folks.