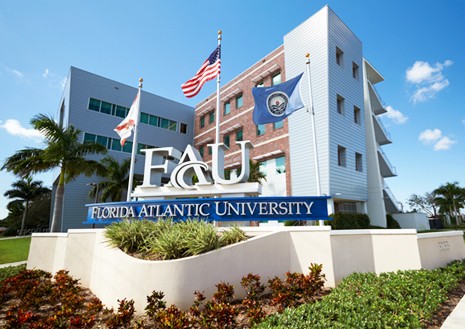 Florida Atlantic University is currently in the process of trying to get rid of James Tracy, a communications professor and conspiracy theorist who says the 2012 Sandy Hook Elementary School shooting where 20 children were killed is a hoax.

Tracy, who teaches three classes, including COM 4930: Culture of Conspiracy, isn't new to this theory. For years, Tracy has been cementing his views online and through other media, and FAU knew about it, asking him to downplay his affiliation with the school, according to NYMAG.

That changed last week when the Sun-Sentinel published an op-ed by Lenny and Veronique Pozner, whose 6-year-old child Noah was killed in the Sandy Hook attack. Aside from churning out conspiracy theories and teaching classes, Tracy apparently also has the time harass and intimidate the Pozners about the death of their son.

"In fact, Tracy is among those who have personally sought to cause our family pain and anguish by publicly demonizing our attempts to keep cherished photos of our slain son from falling into the hands of conspiracy theorists," they wrote. "Tracy even sent us a certified letter demanding proof that Noah once lived, that we were his parents, and that we were the rightful owner of his photographic image. We found this so outrageous and unsettling that we filed a police report for harassment. Once Tracy realized we would not respond, he subjected us to ridicule and contempt on his blog, boasting to his readers that the 'unfulfilled request' was 'noteworthy' because we had used copyright claims to 'thwart continued research of the Sandy Hook massacre event.'"

The Sun-Sentinel reports FAU gave Tracy a letter that recommended his termination. He can file an appeal within 10 days before any final action is taken.