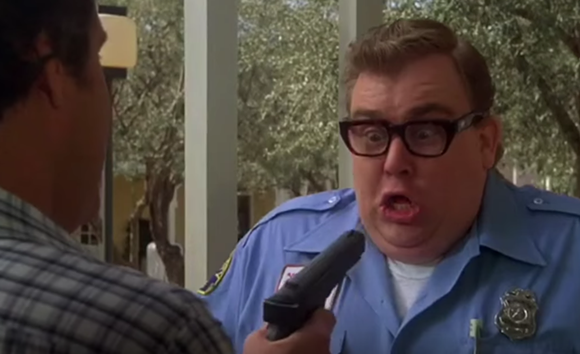 After a few days of rumblings, every major theme park in Orlando unveiled new security measures on Thursday, December 17.

Currently, guests are randomly selected to go through the enhanced security measures. Disney parks have also stopped selling any items that resemble guns. Formerly toy guns were available for purchase in the Magic Kingdom at both the Pirates of the Caribbean gift shop and in Tomorrowland. Costumes for guests over 14 are also banned; formerly guests could wear such outfits for special events at Walt Disney World, but not during regular park hours.

While no official confirmation was made ahead of time once the new measure were put in place, Disney did send a pre-recorded message to all rooms on property.

The official Twitter account of Walt Disney World tweeted out a generic statement about updates that didn’t include any specifics of what was changed. When the account was asked for details regarding the changes in costume rules it would privately message people instead of openly clarifying the changes.

With the increased security measures happening across Orlando simultaneously, many experts questioned if there was some type of concerted effort between the parks. In most cases (like for price increases), one company will go first then be followed the next day or so by the other two. The increased security measures were all unveiled at each park’s opening all on the same day.

Guests have also reported an increase in uniformed officers, K9 units and security measures throughout the area parks. In recent days, K9s have inspected monorails before their departure for the Magic Kingdom. Many of the local parks have close relationships with local law enforcement; SeaWorld has long been a training facility for new police dogs.

The increased security comes just over a month after the Paris attacks that caused the longest park closure in the history of Disney. When Disneyland Paris reopened nearly a week after the attacks, increased security was present including baggage scanners and K9 units.

Last week, a lawyer from Miami attempted to bring a concealed, loaded gun into the Magic Kingdom. Security at the park entrance informed a nearby deputy of an anomaly in the guest’s pants. A short pursuit that resulted in the Deputy raising his gun took place before the guest was apprehended. In April, a man died of a self-inflicted gun wound to the head with a gun he snuck into the park. The suicide took place near a ride where the man’s ex-girlfriend was stationed. In February, two guests were accidentally shot while at Fun Spot in the I-Drive district.

Fun Spot did increase security presence after that incident, but the park, which offers a per-ride based ticketing system with free general admission, has not unveiled any type of metal detector system.