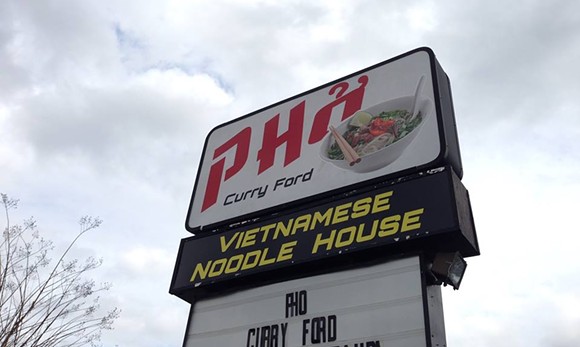 Most who've eaten there, including our restaurant critic Faiyaz Kara, agree: Pho Curry Ford serves some of the best pho in town (despite being outside the unofficial Pho District, Mills 50). However, it did not go unnoticed by some of us that, if you pronounce "pho" correctly, saying the name of the restaurant ... well, could get you in some trouble. To wit, from our April 8 review:

There are some undeniable merits of dining at Pho Curry Ford, not the least of which is saying the restaurant's name. "Fuckery-ford? Fuckery-ford!" we giggled at the (I assume) unintended phonetic perversity; we just couldn't help ourselves. Naturally, the sudden appearance of our server put a halt to those puerile titters, which nevertheless resumed soon after she headed back to the kitchen with our order.


We will not apologize for our immaturity. Anyway, it seems we've giggled our last about it – Pho Curry Ford, home of what our review called "first-rate pho" and "corpulent spring rolls," has changed its name to the less titter-inducing Pho and Roll. Maybe our silly jokes played some part in that? Who knows, just don't skip this place. 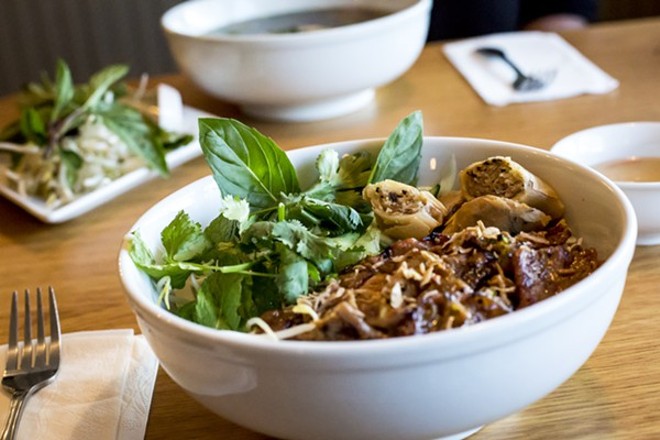 UPDATE: We heard from Lena Tran, who tells us her brother, Lam, has taken over the restaurant, and they are redesigning the menu.

"My brother and I grew up in our family restaurant in Vietnam of over 50 years of pho tradition and four generations," she says. "He still cooks the same way my grandfather and my mother used to make pho at their restaurant in Vietnam which requires a lot of beef bones and 12 hours for the broth to enhance its flavor with a hint of cinnamon, ginger, star anise and cloves."

Sounds like it's time to stop by for another try soon.