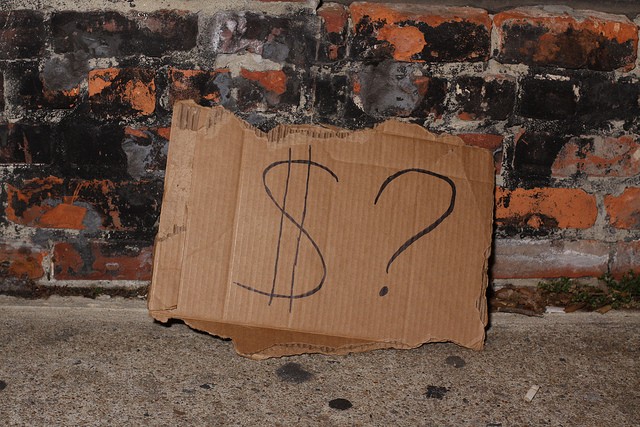 While other people celebrate the holidays by volunteering in soup kitchens or buying necessities for the impoverished, a group of Seminole County residents has decided to take a different approach this year.

Members of the group "Taking Seminole County Back" stood at intersections Christmas Eve with signs for drivers saying "The people below are not truly homeless!! They make $400-$800 a week doing this!! Please, do not give them money and they will leave our neighborhood!!," News 6 reports.

Panhandling isn't illegal in Seminole County as long as you're on a public space. Seminole County commissioners passed an ordinance in early 2015 that cracked down on aggressive panhandling, which prevents people from begging for money by blocking a person's path, continuing to ask for money after being denied, tapping on a car window and following or touching someone. The ordinance also prevents a person from begging within 1,000 feet of a school bus stop when children are there and 25 feet of someone using an ATM.

The group wants to make panhandling against the law, according to News 6. The group's organizer  Annette Sims told WFTV 9 that people in the group aren't "mean," but "disgruntled."

"We’re charitable people," she says. "But we like to know that when we give, we give to somebody that’s willing to help themselves."

A panhandler named Jesse Cope told WFTV 9 that he makes $30 a day and doesn't think the signs will ward off other panhandlers.