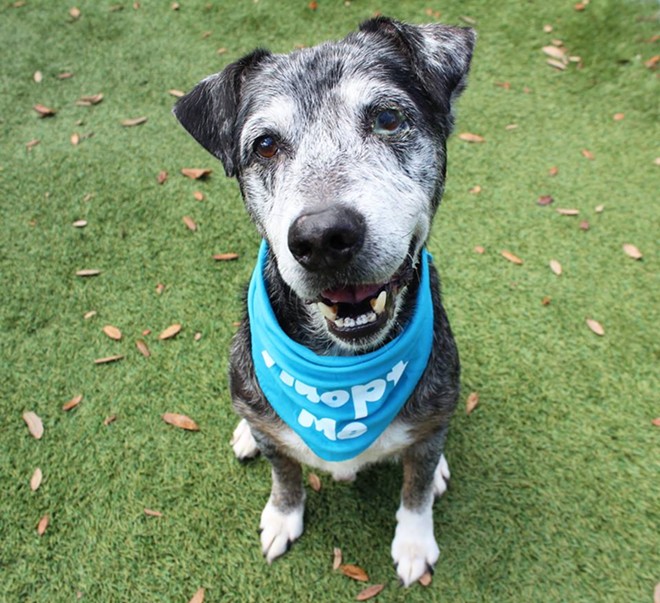 Three Orange County agencies worked together to save Hooch, a 13-year-old dog, from a swimming pool Christmas Eve and are now searching for his owner or a permanent home.

The Orange County Fire Rescue Department received an emergency call through the Orange County Sheriff's Office from a resident who kept hearing the cries of a dog, but could not find the animal, according to a press release from Orange County Animal Services. Officials found the dog in the dirty pool of an abandoned home.

"The canine was unable to exit the pool by himself," the release says. "The dog had been paddling to stay above water for quite some time and was close to exhaustion when his rescuers arrived."

The dog was given a bath, holiday meal and water before he was taken to OCAS. At first, officials christened him Earl, but further information revealed his name was Hooch. Animal Services officials say Hooch's owners are welcome to reclaim him, but if they are not found, he can be adopted. His due-out date is Jan. 2.

Find more information on how to adopt Hooch here.