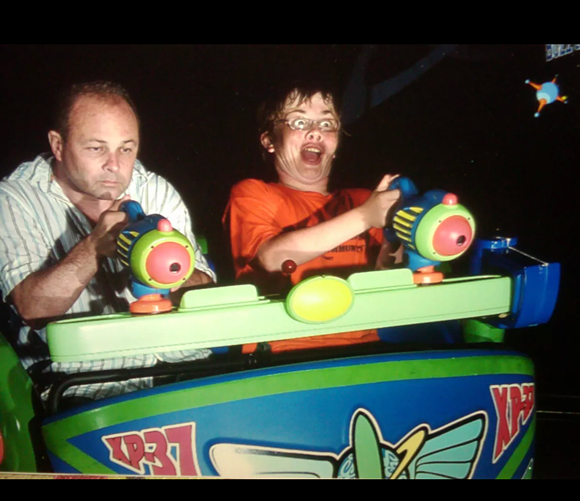 The folks over at Reddit's Photoshop Battles recently gave this awkward father and son photo a much needed Star Wars makeover.

Thanks to Reddit user Blewish123, the once cringeworthy photo, which was shot on Disney World's Buzz Lightyear's Space Ranger Spin, is now a stunning masterpiece, perhaps better then the original still of Han and Luke.

But as they say, all art is subjective. May the force be painfully awkward.